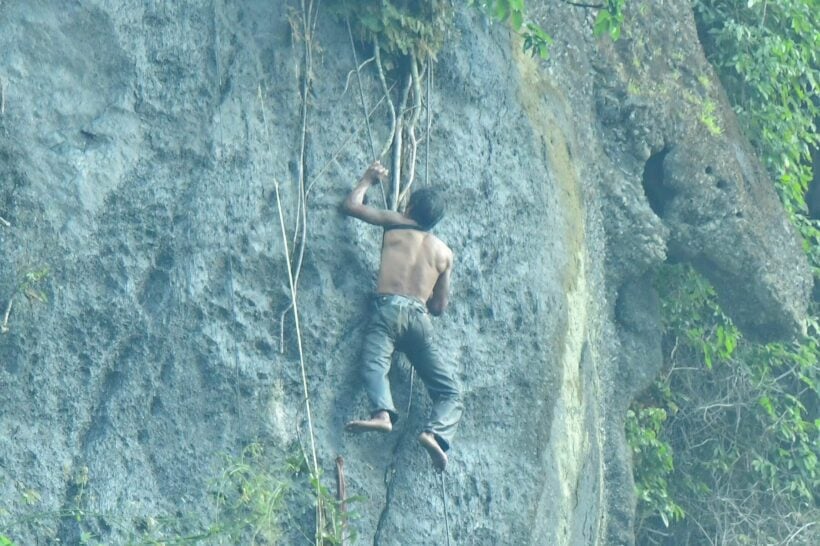 A man was rescued after he hanged from a high cliff in Phattalung for almost two days, using his shirt to tie himself to the vines, stems, and roots. He was spotted by tourists by the Khao Hua Chang Reservoir and more than 50 people teamed up for the hours-long rescue effort.

On Tuesday, 47 year old Amnuay Rattanachotiyo decided to explore a cave in the Khao Hua Chang forest. He says he saw a light coming from the top of the cave and climbed up to explore, but it led to a high cliff. He couldn’t go back the way he came, so he tried to climb down, grabbing onto the vines and tree roots. But the vines weren’t long enough to lead him to the ground, and he was still around 30 metres above the ground. Amnuay used his shirt to tie him to the cliff and spent the night hanging dozens of metres above the ground.

Locals shared with the Thai media that he lived at a monastery near the cliff and he often went to the cave at the Khao Hua Chang forest for meditation. Officers say Amnuay was safe but was sent to the hospital for a medical check-up. 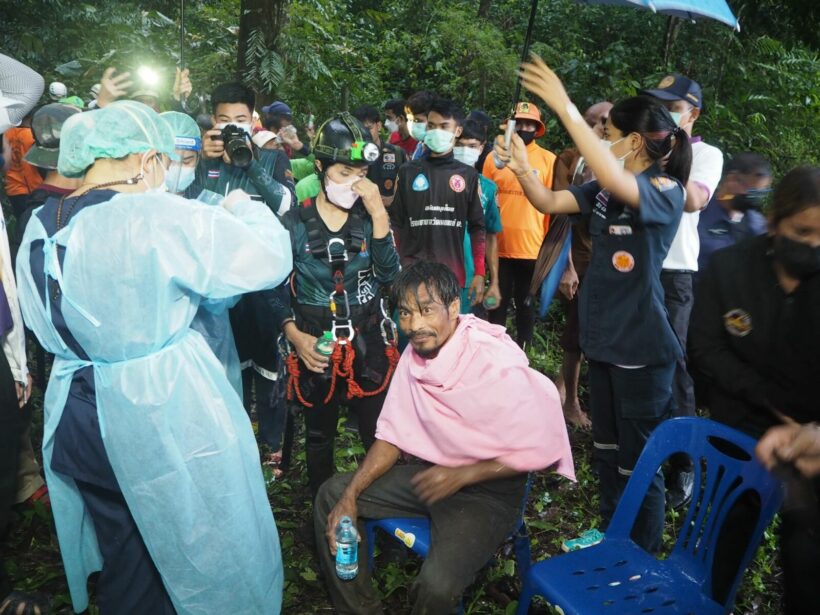 Dedinbed
26 minutes ago, Thaiger said: using his shirt to tie himself to the vines, stems, and roots. Just as well he weren't wearing a vest then .. hopefully he should be vine now ..

DoUKnowWhoIAm
Why are they wearing the full covid astronaut protection kit? Looks like the ABC first aid must have been updated to CABC, just imagine if caught Covid from an other cliffhanger up there!!

Poolie
Maybe he had no undercrackers on, or, after almost 48 hours, - errr, he did!!😃