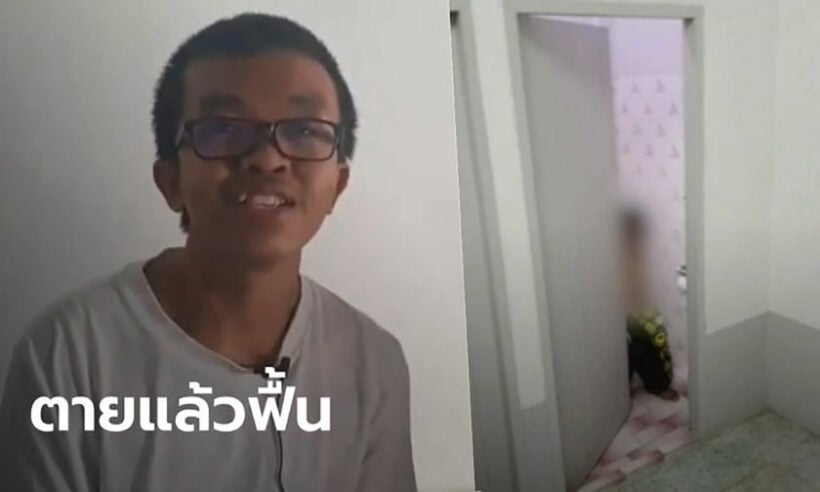 A man, presumed dead after his family found him unconscious, has come back to life, just as rescue workers were preparing to send him for autopsy. The 20 year old man, named only as Ramet, was found in his bathroom in the western province of Kanchanaburi. Concerned family members, who had not seen him that day, went to his home when he did not respond to phone calls. On breaking into the property, they found Ramet unconscious on the toilet, with his head resting against a wall, and called emergency officials.

Rescue workers subsequently confirmed the man was not breathing and they could not find a pulse. He was pronounced dead by a doctor at the scene. His body was moved out of the bathroom, and was being wrapped for transportation, when workers saw his eyes flickering and realised he was breathing.

According to Thai Residents, Ramet, who suffers from a heart condition, told reporters he went to the bathroom around 1.00pm, and lost consciousness. He woke up to find himself being wrapped in a blanket and was unable to speak or move to alert rescue workers, who fortunately noticed he had regained consciousness.