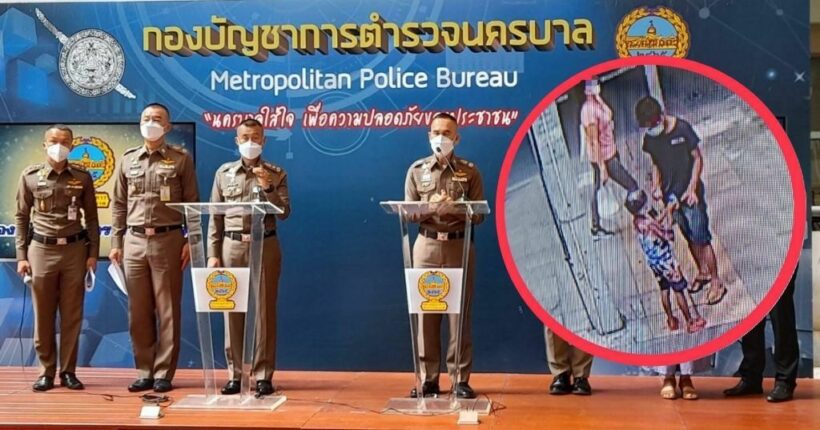 A man was arrested for allegedly kidnapping a 6 year old Cambodian child in Bangkok and forcing the boy to beg for money on the streets. The Mirror Foundation, a Thai non-governmental organisation, says the man has been forcing children to beg on the streets for more than two years in various provinces.

The child was abducted from a convenience store in Bangkok off Sukhumvit Soi 7 on Monday, the commissioner of the Metropolitan Police Bureau, Samran Nuanma, said during a press conference. The Mirror Foundation spread the word about the missing child.

During the press conference, the commissioner of the Metropolitan Police Bureau Samran Nuanma shared that the suspect King Konglin kidnapped the child from a convenience store in Bangkok on March 7. The Mirror Foundation helped spread information on the Facebook page, saying they had received information that the child was forced to sit and beg for money in different locations.

The suspect, identified as King Konglin, was arrested while bringing a child to beg for money in front of a shopping centre in Samut Prakan, just southeast of Bangkok. He confessed that he used snacks and money to lure children to go with him.

According to the report, King Konglin had been incarcerated for two years for child abduction. Reports say there were eight cases where King kidnapped children to be beggars in Bangkok and the neighbouring provinces Nakhon Pathom, and Samut Prakan.

The child will be under the care of Pak Kret Orphanage for boys to recover from the traumatic events he faced.

In another kidnapping case, the Mirror Foundation is looking for a 13 year old Cambodian boy who was allegedly abducted by a man, estimated to be around 40 to 50 years old. He disappeared from his home in Samut Prakan and the foundation says they’ve received reports that the man has taken the child to be a begger in busy areas in Bangkok.

DoUKnowWhoIAm
42 minutes ago, Thaiger said: According to the report, King Konglin had been incarcerated for two years for child abduction. Incarcerate the SOB for life.