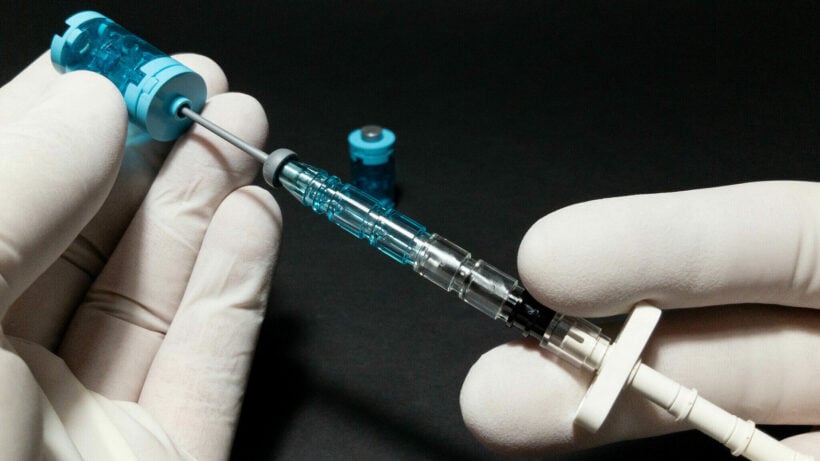 Yesterday, the Public Health Ministry started its distribution of 645,000 Pfizer doses that were donated by the U.S. of A’s government to those considered most vulnerable in the 13 dark red zone provinces.

The groups that are deemed vulnerable include the elderly, and people who have 1 or more of 7 underlying diseases, and pregnant women, says Dr Chawetsan Namwat, director of emergencies, health hazards and diseases at the Department of Disease Control at a press conference on Monday.

The 13 dark red zone provinces are:

Dr Chawetsan says these groups in these provinces will get the first dose soon, and the second dose will come 3 weeks later. The doctor adds that the DDC has distributed at least 100,000 Pfizer doses to medical staff/front-line workers throughout all 77 provinces since August 3.

Chaimai
13 minutes ago, JamesR said: Well said. Nearly 85% of adults in the UK have had one dose and around 75% have had two doses of the vaccine including the Pfizer vaccine. What it has shown is it has not…
JamesR
1 minute ago, Chaimai said: +1 The situation you describe allows is to live with Covid. The number of infections becomes irrelevant if the vulnerable have been vaccinated/protected and vaccination limits the affects of Covid. The number of deaths is…

oldcpu
15 minutes ago, Thomas.Thailand said: Pfizer vaccine shot not delivered together to my hospital, where I am treated for my underlying disease? It must be very easy to deliver the first 30.000 or 3,000 Pfizer shots for registered Farangs. It…