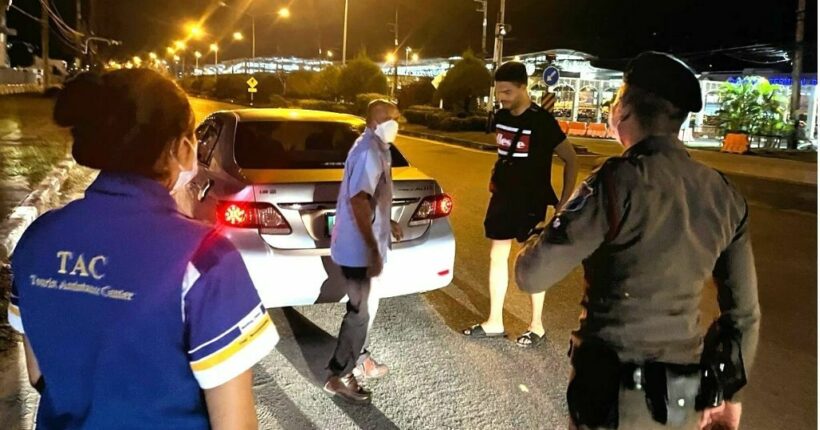 A German tourist has become stuck between a rock and a hard place in Phuket. The island’s tourist police rescued a German tourist stuck between huge rocks in the forest facing Nai Thon Beach on Phuket’s west coast. He walked from the airport and was later trapped at the spot. He was lucky his phone signal was still available for him to contact the tourist police. (The number is 1155 by the way, anywhere in Thailand)

The German tourist has been reported as being a 21 year old Leon Isiman Samuels. He landed at the Phuket International Airport on the same day and decided to walk from the airport to the hotel he was staying. He walked along Nai Thon Beach until he became trapped between rocks and was unable to free himself.

The tourist police’s hotline centre was notified of the man’s predicament at about 7 pm and they were able to start searching at 8 pm. Rescue teams separated into two groups and followed the location he sent via WhatsApp. His location was about 1.1 kilometres from the Pullman Phuket Arcadia Nai Thon Beach, which is surrounded by dense coastal forest. Rescuers zones in on the location until he was found between two rocks at 9.10 pm.

The tourist was eventually rescued at 10.45 pm. One officer ended up with a minor injury on his ankle as the rescue teams had to walk along the difficult track and terrain to the location.

HolyCowCm
Rock and a hard place. Literally.
JamesR
On 5/5/2022 at 8:16 AM, BigHewer said: I realise some folks might want to avoid taking a Phuket airport taxi, but this is a bit extreme. I know what you mean, it is really a struggle to take a taxi…
JamesR
On 5/5/2022 at 8:18 AM, Pinetree said: Is there any good news about Phuket anywhere? I guess not, which it has to be said, is no real surprise. Yes there is very good news, you the Moaning Mini are not…