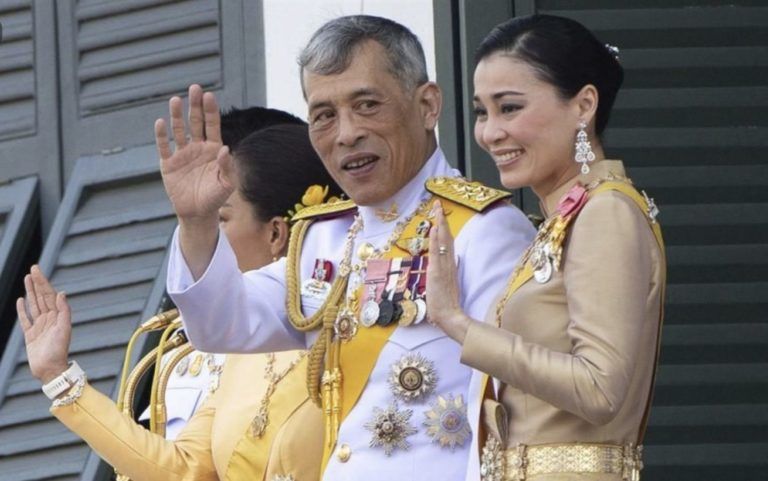 Germany says His Majesty the King has not violated the European country’s ban on conducting foreign politics on German soil where he resides. The government in Berlin briefed lawmakers this week, saying the Thai Monarch is allowed make occasional decisions regarding Thai state affairs, but he cannot continuously conduct business from overseas, a source from parliament told Reuters. So far, the German government says they do not believe the King Maha Vajiralongkorn “continuously” conducted Thailand state business during his residence in Bavaria.

Pro-democracy protesters recently filed what some call an “unprecedented” letter with the German Embassy in Bangkok, asking the Berlin government to look into whether the Thai Monarch conducted state business while in Germany.

“We are certain that Your Excellency is well aware of the open secret that H.M. does not habitually reside in Thailand, but rather in Bavaria, Germany. H.M. has conducted Thai state affairs, as well as ordering forced disappearances of oppositions from German soil. Khana Ratsadon International profoundly believes that this violates International custom, law, as well as Article I of the German Grundgese.“

In response to the letter, Germany’s Foreign Minister Heiko Maas said he’s “watching what the Thai king gets up to in Germany” and if the Thai Monarch breaks the law, there will be “immediate consequences.”

Germany also said it would be unacceptable for the Thai Monarch to conduct politics in the European county. The source from German parliament told Reuters that the government does not believe the Thai Monarch has breached the ban on foreign state business.

“The German government has taken the view that it is not yet of the opinion that the Thai king has continuously conducted business.”