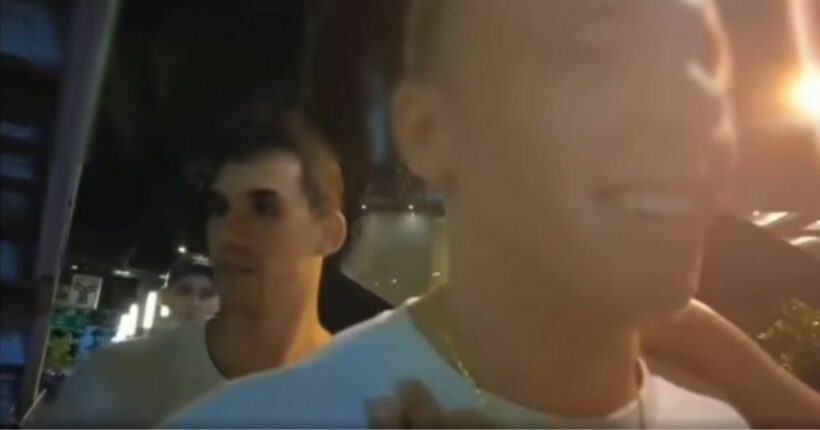 A western man’s gold necklace was stolen as he was taking a video of himself walking in Bangkok’s Asoke area off Sukhumvit Road. As he was walking by the BTS station at night, a person who appeared to be a transgender woman approached him, wrapping her arms around his neck in a hug and unclasping the necklace. The foreigner didn’t notice and she walked off with the necklace.

A video has been circulating on social media with the caption “Sukhumvit road. Gold chain rip off. Be careful of the ladyboy gangsters.” The man says a transgender woman was standing on the sidewalk by the Westin Grande Sukhumvit hotel at around 11pm when she approached him, wrapping her arms around him in a hug. In the video, the man could be heard questioning “Go back to your room?”

Reports in Thai media say the foreigner has reported the incident to the police. He added that his phone had also been stolen last week on Khao San Road. 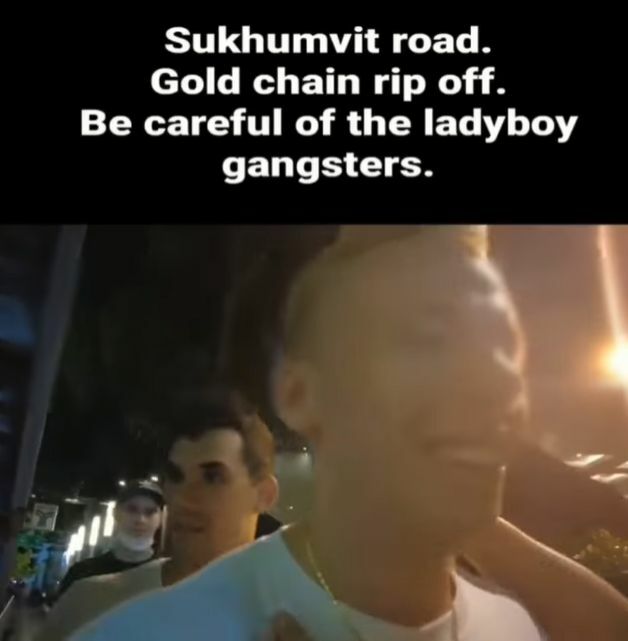 Manu
9 minutes ago, Pinetree said: My g/f said the opposite, her comment, 'buy it but don't wear it'. I wonder then when Thai people started to "buy gold but not wearing it"? 5 years? 10? 50? It seems to me…
HolyCowCm
9 hours ago, dustin27 said: this is why it's a good idea to get the man "purse" lol Just needs the color to be pink.
Saltire
Only been to Khaosan Road once about 8 years ago. Got smothered by 3 very large, very black, African ladies. Fast for their size and even though I knew what was happening it really was a snatch and grab. Got…
Marc26
2 hours ago, Pinetree said: Really? I mean really? Yeah if I were walking around any area in Thailand besides RLD that have LB, the thought of being pickpocketed doesn't come to mind

PapayaBokBok
On 4/3/2022 at 11:13 AM, HolyCowCm said: I really think it is the crazy gal who used to visit the old stadium. Kind of gave me the willies. But that gal had money and also exercised. If not then maybe…