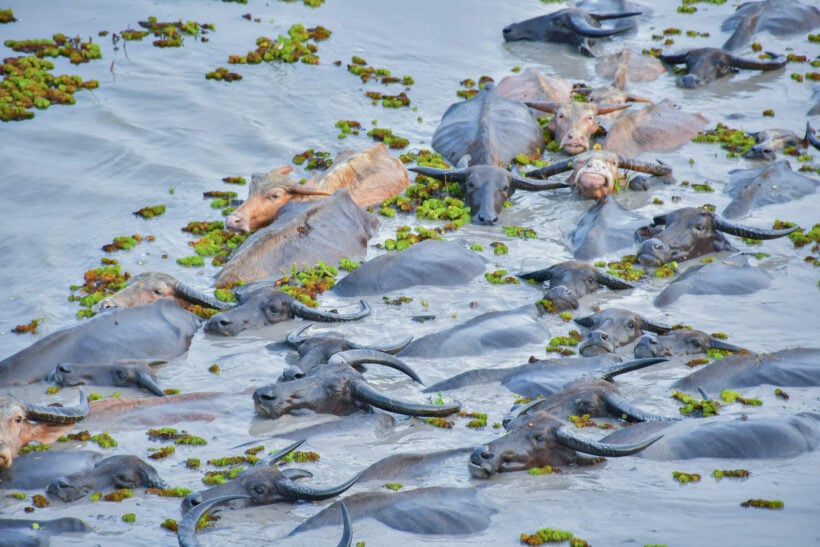 The rest of the buffaloes were also thin and starved. | Photo via สำนักงานประชาสัมพันธ์จังหวัดพัทลุง

More than 200 dead water buffaloes have been found floating today at the Thale Noi Waterfowl Park in the southern Thai province of Pattalung. Prolonged flooding in the region had destroyed the grasses that the buffalo rely on for food. Without it, they starved to death. Local authorities quickly rescued another 300 buffaloes, giving them dry grass and supplementary food to survive.

Thale Noi or Talay Noi — i.e. “small sea” — is the biggest wetland in Thailand, located in the Khuan Khanun District of Pattalung province. The wildlife sanctuary is well-known for its incredible red lotuses and various bird species, which present picturesque scenery for photographers. Tourists could also take a boat trip to see water buffaloes grazing on the wild grasses. But not anymore.

Sadly, the report said that more than 200 dead water buffaloes were found floating in the lagoon, their bodies very gaunt due to the lack of food. Usually, the water level in the lagoon would recede in the hot season and the area would cover with water grasses, which was a delicious meal for water buffaloes. However, the area has been filled with water for more than four months due to the ongoing floods, which have affected the grasses, the primary source of food for the buffaloes.

One of the buffalo owners told Thai media that most of the deaths were buffaloes less than one year old, which had become tired from swimming and drowned in the floods. The others were adults that didn’t get enough food, as they need to consume 30 – 40 kilograms of grass per day.

The Deputy Provincial Governor, Winyasit Chain, visited the lake today to listen to the problems that the farmers and buffaloe owners faced. He also directed the authorities from the provincial livestock department to bring dry grasses and supplementary food to the remaining buffaloes. Samples from the carcasses will be tested to find whether there were any diseases involved in the deaths or not. 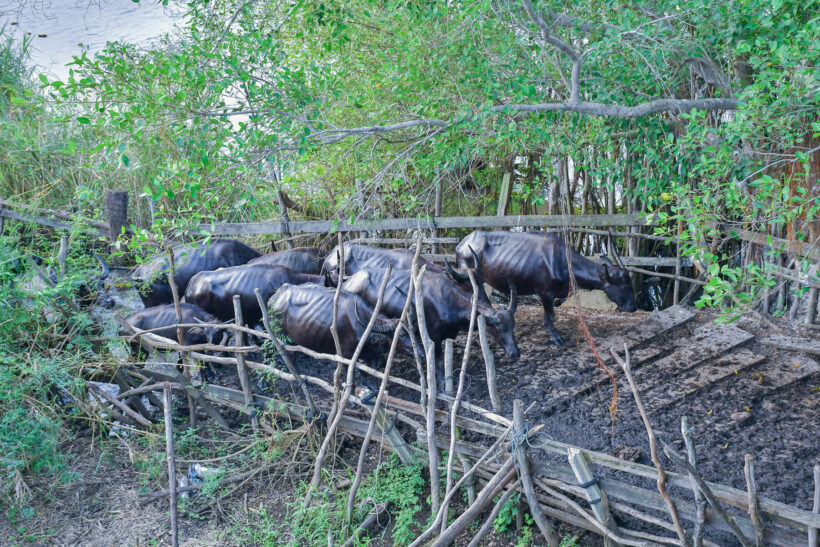 About 300 buffaloes managed to survive, but they need more food. | Photo via สำนักงานประชาสัมพันธ์จังหวัดพัทลุง

HiuMak
+ lack of Farang funding
Fanta
I hope my “girlfriends’” buffaloes survived after all the money I have paid towards vet bills. The replacement costs will bankrupt me!

FDA approves protein-based Covovax vaccine for emergency use in Thailand