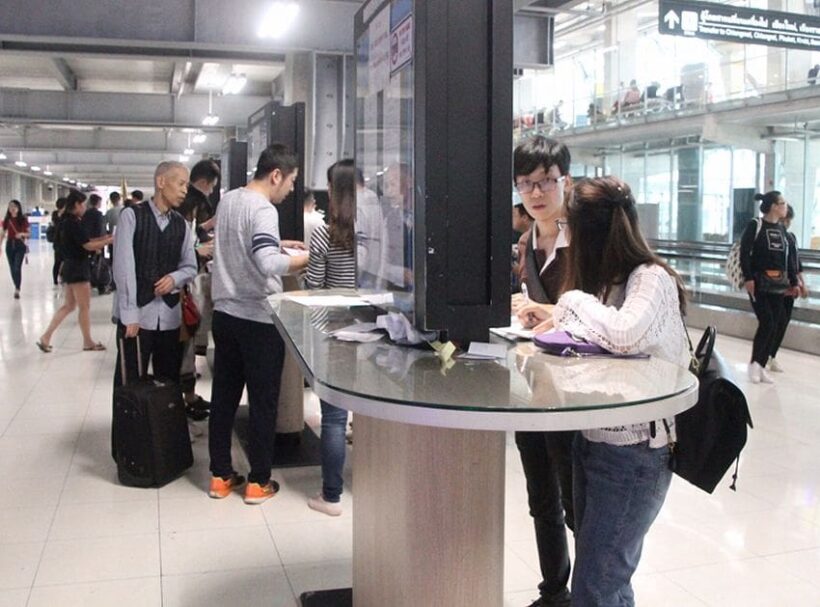 The Immigration Bureau acting commissioner Pol Maj-General Surachate Hakparn has officially launched the e-Visa on Arrival system today that is expected to cut visa processing times to as little as one minute and reverse the downward trend of Chinese tourist visitation.

Surachate launched the new system which been trialled at Suvarnabhumi and Don Muang airports since November 15.

The launch ceremony was held today at Suvarnabhumi International Airport.

Surachate said the new system has been available at Phuket International Airport since Monday, will be adopted in Chiang Mai on November 26 and to Krabi soon after, he said.

Surachate said the new system was launched under the concept of “Fast & Convenient Entry to Thailand”.

He said the system is to be targeted at citizens of Taiwan and 20 countries. Passport holders from those countries can register their request for a visa on arrival in advance at www.evisathailand.com.

The request can be made 30 days in advance or at least 24 hours in advance.

Once the tourists arrive at the airports under the E-VOA system, they can show their passports at specially marked counters to obtain a visa in just one minute, rather than a 1-2 hour wait, said Surachate.

Confusion reigns over ‘proof of earnings’ letters for Retirement Visa