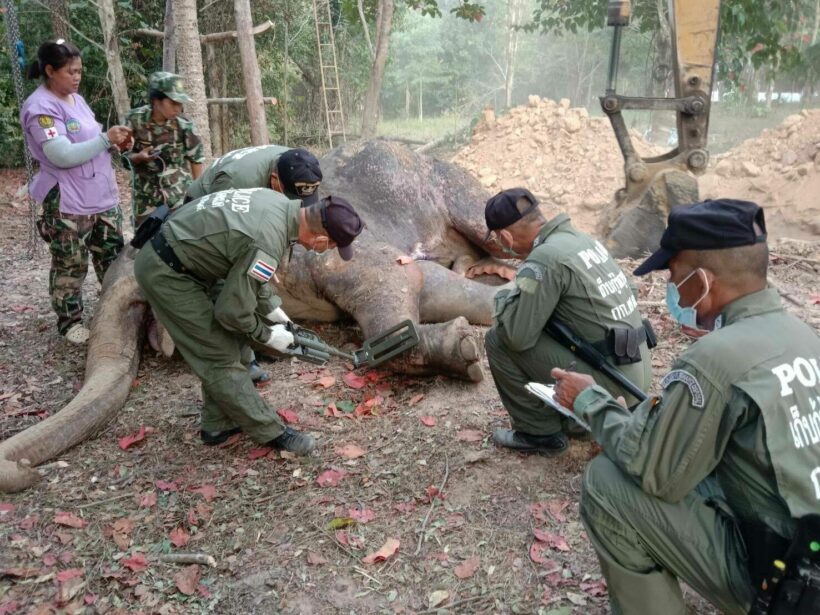 A wild elephant died yesterday after nearly a month of medical treatment for gunshot wounds. Officials say more than 40 bullets were found in the body. The 3 tonne elephant had also attacked and killed a park officer last month who was trying to bring the elephant in for treatment.

The elephant, around 20 to 25 years old, was being treated by veterinarians at the Kui Buri National Park in Prachuap Khiri Khan. After the elephant died, border patrol police scanned a metal detector over the body. They say more than 40 bullets from various firearms were found in the elephant’s body. Some were under the elephant’s eye, in its trunk and lodged in its leg bones.

No suspects involved in shooting the elephant have been reported.

Thai labour market bounces back despite the pandemic