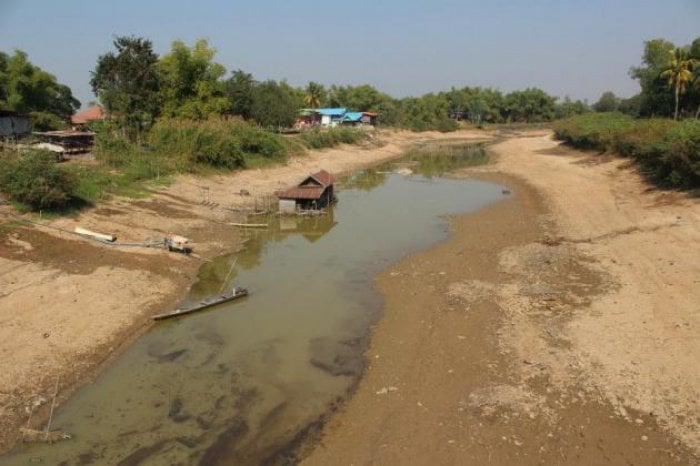 PHUKET: Drought is now haunting many parts of the country sooner than expected, raising concern that water shortages will be worse this year than ever before.

Praphan Upata, a former village head in Uttaradit province, said the drought threatened to be the worst in at least a decade. “Water shortage hit us so early,” he said.

The dry season usually runs from November to April. However, Praphan said in his home province, water usually gets short around March.

This year, locals in Uttaradit’s Tron district said they have been struggling with the problem for a few months already.

“It costs us 60 baht a day in addition to our need to buy drinking water,” Jamlong said.

Praphan said without water, locals could not work on their farms and lose opportunities to generate income.

In Phichit province, paddy fields are at risk of withering due to the serious shortage of water. The Yom River has already run dry.

In Phitsanulok province, fisherman Tiwa Khampan said drought has hit his hometown much earlier than expected. “Floating houses on the Ban Bang Kaeo Canal now sit on the canal bed,” he said.

In Lop Buri province, people living along Bang Kham River are fearful. This river has never run dry over the past two decades, but it will this year. People can now walk across the river without getting wet.

“If the situation goes on like this, we won’t have any water for consumption soon,” a local resident complained.

Official records show at least 1,838 villages have been struggling with water shortages.