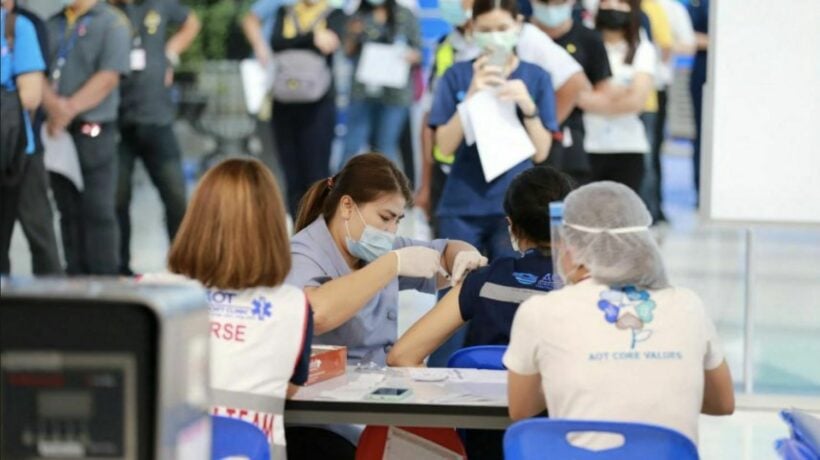 • The Transport Minister has advised that the planned walk-in Covid vaccination service at new Bang Sue Central Station in Bangkok was still “under discussion” after the PM scotched the setting up of the walk-in centres around the country. PM Prayut Chan-o-cha put put a halt to the plans saying the centres could “trigger overcrowding and vaccine shortages”.

On Monday it was announced that Bang Sue Central Station would provide walk-in jabs for transport workers from May 24 before expanding the service to the general public from June 1.

But in Phuket yesterday a number of locations around the island were used for Thais that had registered on the Mor Prom app for registration as Phuket tries to reach a 70% vaccination rate by July 1.

• Virologist Dr. Yong Poovorawan says that people can contract Covid even after full recovery from a bout of the virus.

“They should be vaccinated.”

The head of the Centre of Excellence in Clinical Virology at Chulalongkorn University says that inoculation is needed to prevent a repeat of the infection, even in recovered patients.

• Nearly 900 Covid infections have been found at Simummuang Market in Pathum Thani, just north of Bangkok. Bang Kapi Market has been closed for cleaning for the past 3 days.

The Public Health Ministry have announced that no new Covid cases have been found from entertainment venues around the capital (just as well because they’e all closed!), but people are still being infected from family members and “from visiting markets and public venues”.