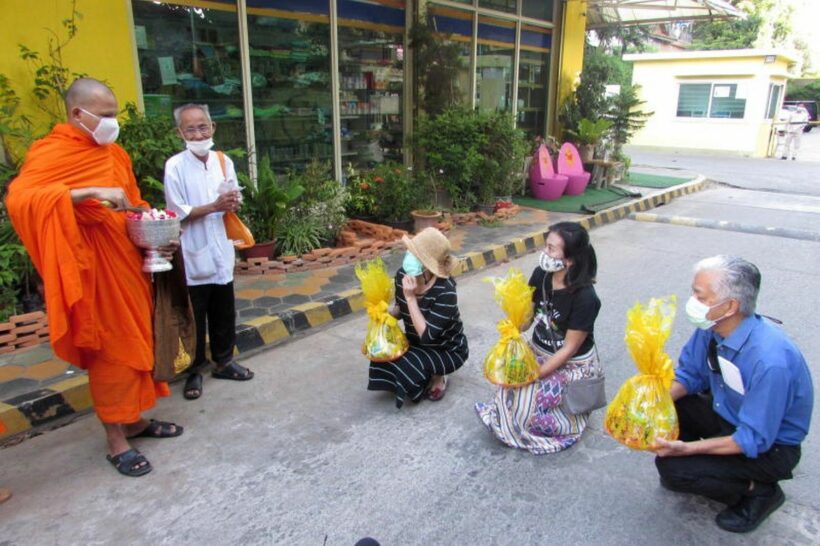 It’s been 6 months since Thai pro-democracy activist Wanchalearm Satsaksit disappeared in Cambodia. Many, including his family, claim the activist was abducted. The Human Rights Watch says the 37 year old was seen being forced into a vehicle in front of his Phnom Penh apartment in June.

A Buddhist ceremony was held today outside the activist’s apartment, marking 6 months since the disappearance. Monks chanted and scattered sacred water. The activist’s sister, Sitanun, attended the ceremony and called on authorities to solve the case.

“We do not know the perpetrator; however it is the duty and responsibility of authorities both in Cambodia and Thailand to find the truth.”

Wanchalearm fled Thailand after the 2014 military coup. He was accused of violating Thailand’s strict lèse majesté law. Since the coup, at least 8 other self-exiled Thai activists have disappeared from Laos, Cambodia and Vietnam. Some were found dead. Thai authorities deny any involvement with the disappearances.

Not much has been said by authorities regarding the activist’s disappearance. In past interviews, Cambodian police have said that they are unaware about a kidnapping. Cambodian police declined to comment when reached by Reuters reporters. Thailand’s embassy in Phnom Penh says they’re following the case, but couldn’t comment on details because it is “under legal process.”

Sitanun says she will appear in Phnom Penh court on December 8. She says she has photos and videos that show her brother was in the city when he disappeared.