The CCSA announced revisions to its colour-coded zoning classifications, which are based on Covid-19 infection rates in each province. There are now seven provinces classified as “dark red” zones under maximum and strict control with a stay at home order from 11pm to 3am. The CCSA also classified Bangkok, Krabi, Phang Nga, and Phuket as the new “blue zones” which are reopening under the pilot tourism scheme. A spokesperson for the CCSA added that there are specified districts in 13 other provinces that are reopening under the pilot programme, but the provinces as a whole are not classified as “blue.” 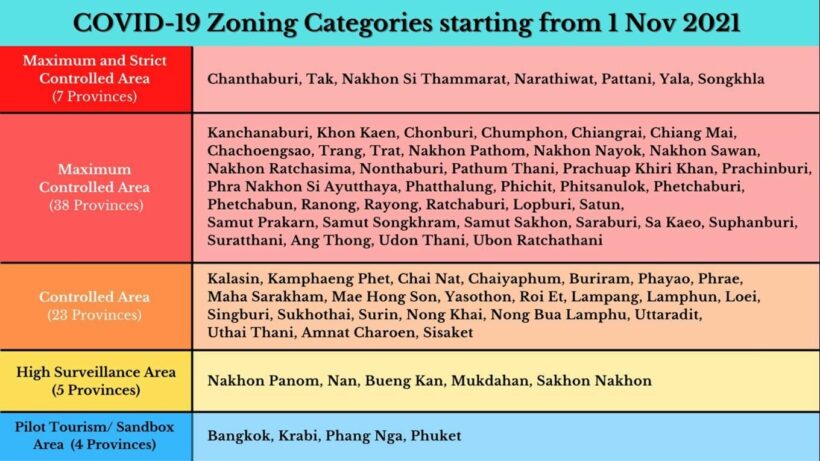 Dr.Sivada
Where is the black zone?