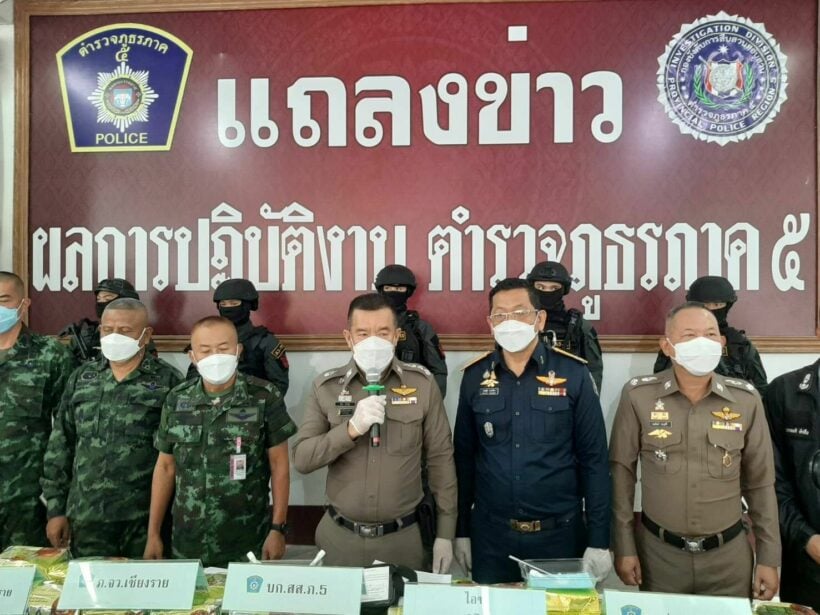 Police in Chiang Rai have arrested 2 men and seized 1 million methamphetamine pills after a car pursuit in the province’s Muang district last night. As reported by the Bangkok Post, narcotics suppression police and soldiers at first attempted to flag down the men’s vehicle, with police then giving chase after the driver accelerated away.

A subsequent search of the vehicle unveiled the drug haul, with a 30 year old and an 18 year old, both from tambon Huai Chomphu in Chiang Rai’s Muang district, arrested. According to the report, the men have been handed over to Muang police station for legal action, with an extended investigation being carried out to find other people involved.

The bust comes in the wake of Laos police making a record haul of illicit drugs in the Golden Triangle on Wednesday, with Thai security forces advising that more than 55 million amphetamine tablets and over 1.5 tonnes of crystal methamphetamine had been seized.

Jeremy Douglas, United Nations Office on Drugs and Crime Southeast Asia regional representative, told Reuters that “spillover is hitting the region”, with unrest in border areas in the wake of February’s coup in Myanmar.