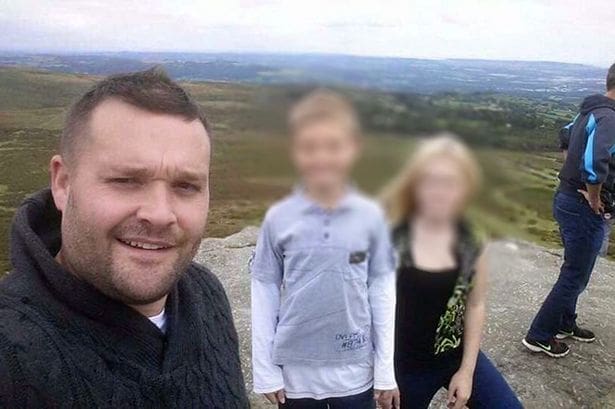 The family of an British father, who tragically took his own life whilst holidaying in Thailand, are trying to raise money to repatriate the body of Kevin Rowlands.

The 36 year old father of five had had a history of mental health according to his family. According to Thai police, he took his own life on Monday while on “a fishing holiday in Thailand with friends”.

Kevin’s sister, Lisa Rowlands, says the whole family are “still in complete shock,” but have been given only four days to raise the funds to repatriate his body back to the UK.

“I still can’t believe that this has happened, it was completely unexpected.”

“Thailand officials told us on Tuesday (October 23) that we need to raise £4,000 (170,000 Thai baht) to fly his body back to the UK, otherwise they will cremate him in Thailand. We will never get to say goodbye to him.”

“Kevin has five children, his eldest is 16 and his youngest his just seven months old, they need to be able to say goodbye to their dad. He deserves a proper send off,” according to the devolve.com website.

“He was always such a happy and bubbly person and to look at him he was always smiling, you would never have known there was anything wrong. Everyone loved him, he was such a joker and would always take life with a pinch of salt.”

After hiding his bipolar diagnosis for 15 years, he had recently spoken out in the hope no one else will endure what he had been going through.

“It was only last year that he moved to London to get a fresh start and we thought that he was in a much better place. But it’s just one of those things, when you’re looking from the outside you never know what’s going on in the inside.

You can read the entire article from Devon News HERE.