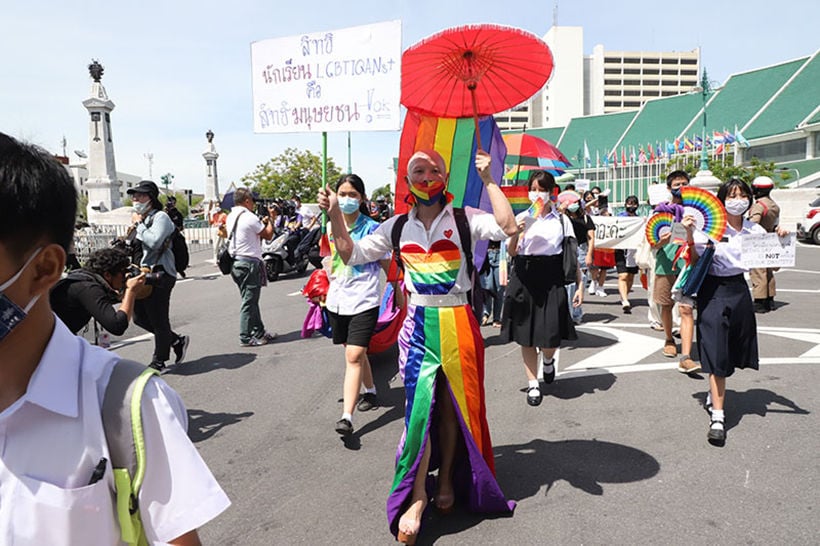 After more than a week of anti-government protests across the nation, a different kind of demonstration was held in Bangkok today – Thailand’s first ever student-led “pride march”. Young protesters demanded state teachers stop discriminating against LGBT students, more progressive health and sex education, and a revision of restrictive haircut rules.

Students marched along Ratchadamnoen Avenue to the Ministry of Education, holding up signs with slogans like “We are not freaks” and “The rights of LGBT + students’ rights are human rights!” Representatives also submitted a formal complaint to state education authorities. The Education Ministry’s deputy permanent secretary received the petition and spoke briefly to the students.

“I understand that due to social change many things cannot continue to abide by tradition. But the Ministry of Education is not the only ministry to determine these changes. Many ministries must have meetings about this.”

The atmosphere was unmistakably tense as the protesters also pressed him on how public schools across the country continue to impose an abolished dress code that involves students cutting their hair short.

“These are social rules, not violations of human rights. The Ministry of Education has already issued middle-of-the-road rules that schools can implement themselves.”

When asked for a deadline for concrete changes, the deputy secretary said he would call meetings with other authorities within 2 – 3 months, and when asked to make a promise, said “bureaucratic processes have to be followed.”

Students also demanded teachers stop using derogatory language and obscenities to humiliate and discriminate against LGBT students. A female student then cut her hair with a trimmer in symbolic protest, while a male student took off his school uniform, revealing a female uniform underneath. The students also tore up a sex education textbook issued by the ministry teaching what the student say is outdated information.

The march began at 10am at the Nitasrattanakosin Exhibition Hall and ended at the Ministry of Education. During the march the students sang “Lamalila,” a cheerleading song, but changed the lyrics to promote LGBT equality:

“Office of the Basic Education is the disgusting source of problems. Gender is up to one’s heart, not genitals between one’s legs. …What era are you from? Jurassic Era called and wants you back.”

Demonstrators also sang the LGBT pop-anthem “I Will Survive” by Gloria Gaynor.

The student pride march appears to have piggybacked on the popularity of Saturday night’s LGBT protest at Bangkok’s Democracy Monument, where protesters demanded a new election and equal rights for all genders. 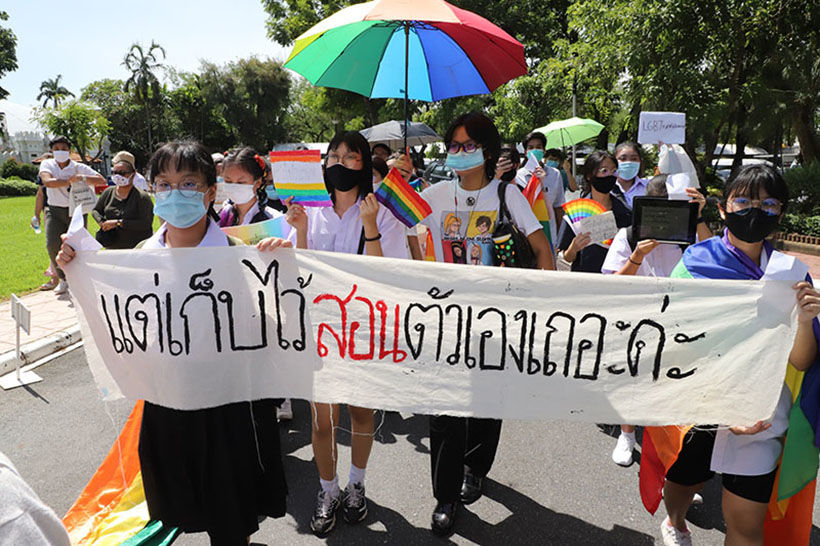 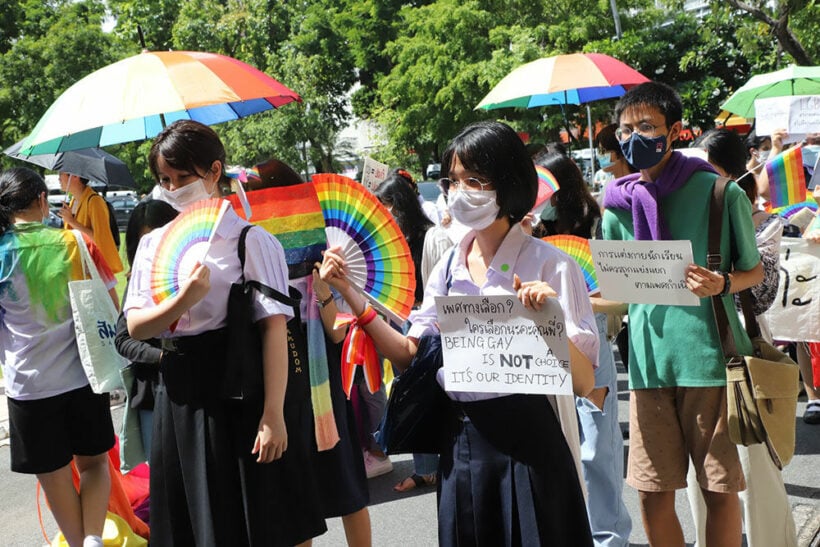 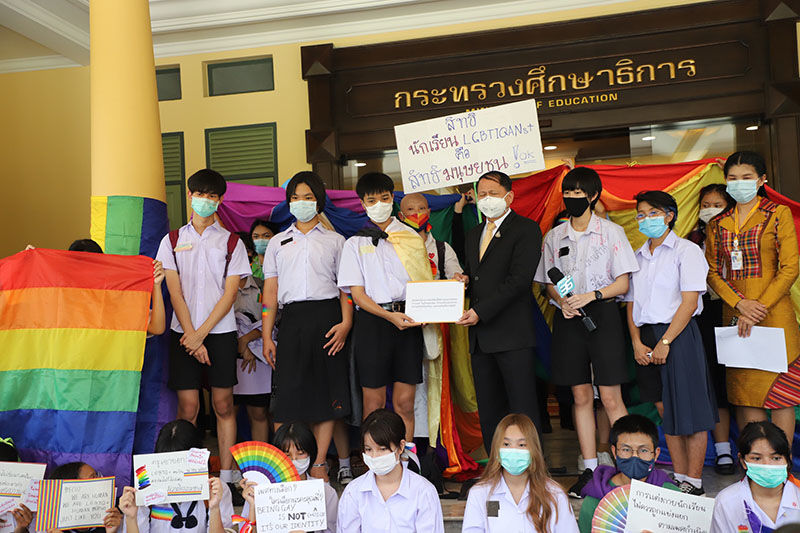 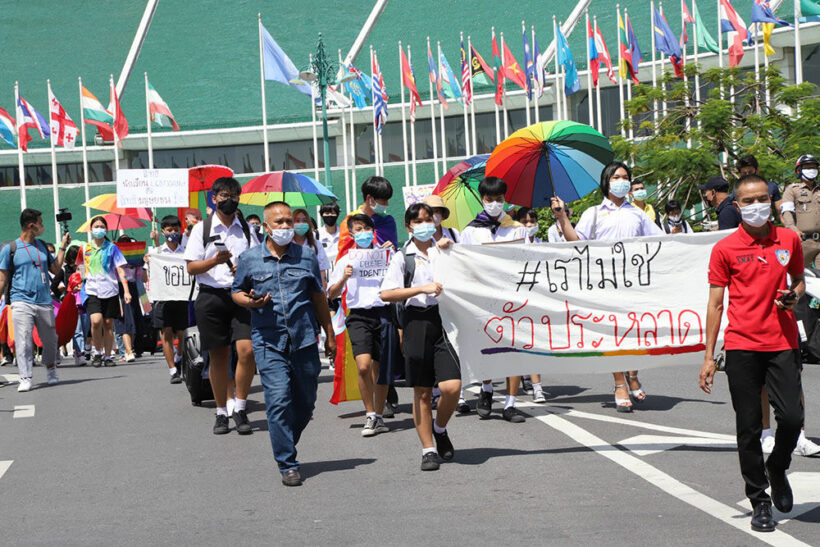