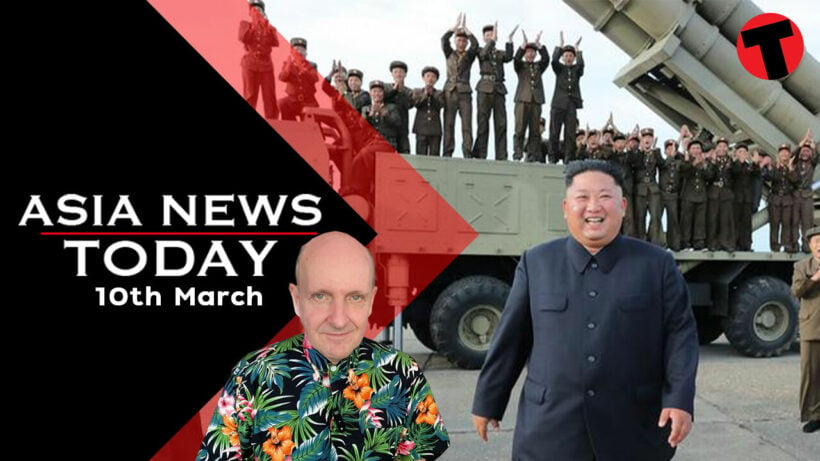 In a follow up to yesterday’s news on the erupting Mount Merapi near Yogjakarta in Indonesia, at least 193 residents living near or on the lower slopes of Mount Merapi have returned to their homes in the past 24 hours. Nearly 250 had been evacuated in recent days as the active volcano continued rumbling and erupting ash and rock, kilometres into the sky. Villages “around the mountain, on Wednesday night, said that the sounds coming from the mountain were very loud. But officials now say it’s safe for people living on the slopes of Merapi to return to their homes. Mount Merapi spewed hot clouds that rose 2 kilometres southeast and emitted incandescent lava seven times, with a maximum sliding distance of 1,800 meters to the southwest of the active crater.
—–
It is now an offence for any Singaporean to travel or attempt to travel to Ukraine to take up arms in the ongoing conflict there… from Singapore’s Ministry of Home Affairs. The ministry says it was aware that the Ukrainan Embassy in Singapore had received calls from people saying they wanted to join the International Legion for the Territorial Defense of Ukraine. Singapore, more than any other ASEAN country, has taken a clear stance on Russia’s invasion of Ukraine and has strongly condemned the invasion. The Singapore Government has called on Russia to immediately cease hostilities, and respect the sovereignty, independence and territorial integrity of Ukraine. hey also said….”We would like to highlight that it is an offence for any person, whilst in Singapore, to wage, attempt to wage, or abet the waging of war, against the government of any power with which Singapore is not at war.”
——
North Korea’s two recent ballistic missile tests, on February 26 and March 4, represent a “serious escalation”… this response from senior administration in the US yesterday. They responded…. “after careful analysis” concluding that Pyongyang’s successive tests “involved a relatively new intercontinental ballistic missile system that North Korea is developing.”Today the US Treasury will be announcing new sanctions to prevent North Korea from accessing foreign intel and technology that could enable it to advance its prohibited weapons programs. They claim the launches were a “brazen violation of multiple UN Security Council resolutions, seriously raising tensions and risking destabilising the security situation in the region. The US assessment had already been shared with its allies, including South Korea, Japan and the UN.
——
Hitachi is joining a long and growing list of foreign companies boycotting or suspending business operation with, or within, Russia. Japan’s Hitachi says it will now suspend its business operations in Russia, following other the lead of other major Japanese companies. Hitachi said in a statement that it is pausing all manufacturing activities in Russia for the time being and suspending exports to the country. Ukraine’s Vice Prime Minister spoke on Twitter earlier this week that he was urging the Japanese industrial conglomerate to stop supplying products and services in Russia. Hitachi has responded by saying that the Russian market only accounts for about 0.5% of its sales and that it manufactures and sells construction machines in the country. Many Japanese companies have now halted business operations in Russia following its invasion of Ukraine on February 24.
——
Indonesian coal miners are speaking to companies in some Western countries that are looking at alternatives for their Russian coal supplies. Buyers of Russian coal and gas have been actively seeking alternative sources. The situation has also caused a price hike of the Indonesian coal benchmark to US$203.69 per tonne. In January this year, Indonesian officials imposed a ban on overseas coal sales after miners failed to meet the Domestic Market Obligation policy. The ban was later eased, allowing export only for coal mining companies that meet domestic production requirements. Claimed to be the world’s top coal exporter, Indonesia mainly exports to India, China, South Korea, Taiwan Japan, and some other ASEAN countries.
——
Finally, a disturbing story that may surprise and sicken our viewers…. A Thai woman alleges organ harvesters in Cambodia drew her blood and were about to cut her open when just before she was rescued. Police are now warning Thais about accepting jobs overseas as not only can they get wrapped up in illegal scams, but police say organ traffickers have been known to remove kidneys, the liver, and eyes after drawing blood. The Royal Thai Polices’, Surachate Hakparn passed on the woman’s horrific story yesterday. He explained that the woman was first lured into Cambodia to work illegally for a Chinese-operated call centre. When she arrived in the country and was told to work for the centre, but refused. She says she was then assaulted, detained, and left to starve. She says she was eventually sent to an area near the Vietnam border and was put in a room where there was a lot of surgical equipment. She says the gang filled three to four bags with her blood and then prepared to remove body parts. The woman says she had already heard screams from a room nearby. Since she had contacted a woman, who then alerted authorities, the woman was found by tracking the signal from her phone. Thai media didn’t go into detail about where exactly the woman was found but Thai and Cambodian police are now investigating. The woman was one of a group of eight Thais who were rescued after getting lured into work in Cambodia. The victims arrived back in Thailand yesterday at the Thailand – Cambodia Friendship Bridge in Sa Kaeo.