“We decided to adopt this system, so we must have confidence in the democratic system.”

Words from the Thai Parliamentary president Chuan Leekpai urging, or willing, the Thai voters not to “become disheartened with the current state of Thai politics” and to have “confidence in the democratic system”.

Constitution Day was on Friday as Thais commemorate the day, 89 years ago, when Thailand moved, overnight, to a constitutional democracy from its previous absolute monarchy. That initial Thai Constitution was the first of 20 constitutional and charter documents which have aimed to frame the country’s unique version of democracy. It was called the Siamese Revolution although it was hardly a ‘revolution’ compared to other country’s moments in history where they veered from one political system to another.

The King of Siam in 1932 was King Prajadhipok, Rama 7. In the most stripped back version of events, HM the King visited Hua Hin to relax and play golf during June in 1932. After a period of unrest following the raising of taxes, a cadre of seven ‘promoters’ planned an overthrow of the 800 or so years of absolute monarchies in the Kingdom. Many of them were military men, setting a pattern of military influence and interference in coups ever since.

The almost-bloodless coup was hatched and dispatched whilst the King was in Hua Hin. Once word reached the 45 year old monarch he decided to take up the offer of being a constitutional monarch, handing over his ‘absolute’ powers to a new document which would guide the new Thai parliament – Thailand’s first democracy.

But as Chuan Leekpai presides over Thailand’s Lower House, he must be secretly choking on the irony of his comments where Thailand’s current constitution remains a blunt tool to keep the country’s military interests and a Bangkok ‘elite’ in power.

“The mandate belongs to all Thais who play a crucial role in promoting a democratic system free of corruption. Thais must work together to find ways to eradicate vote-buying in elections.”

Whilst saying all the right things on a public holiday set aside to commemorate Thailand’s first constitutions, Chuan doesn’t need to look further than his parliament’s upper house of hand-picked Senators to realise that any true democracy in the Land of Smiles remains elusive.

The entire 250 member Senate, which signs off on all legislation (along with the power to elect a prime minister out of thin air if no party wins 50% of the MP seats, plus 1), were selected to take their cushy upper house seats by the National Council for Peace and Order, the military coup leaders who overthrew Thailand’s last elected parliament in May 2014.

Chuan even addressed proposed amendments to the Constitution which would remove the power of the unelected Senators to vote in the selection of an outside prime minister.

“This was part of a democratic process.”

But it is unlikely that the Senators will vote themselves out of a job and expose themselves to, heaven forbid, a vote of the people.

In Thailand it seems, to bastardise a line from George Orwell’s Animal Farm, “all Thais are equal but some are more equal than others”.

“We have had many lessons over the course of nearly 90 years.”

The ruling party of the Thai lower house, Palang Pracharat, clings onto a fractured coalition made up of 12 different parties, some of the parties just single member MPs. Out of the 500 MP seats in the lower house, Palang Pracharat hold only 123 seats. The balance was cobbled together in the wake of the 2019 general election where the opposition Pheu Thai Party won 132 seats. But Palang Pracharat, literally a political front for the NCPO that seized power in 2014, ran the phones harder and pulled together the numbers it needed to form a government.

Without a majority in the house, both houses of parliament were forced to vote on prime ministerial candidates put forward by the parties. The candidates, under the direction of the 2017 Constitution, didn’t need to be MPs. An ‘outsider’ candidate could be nominated and put forward as well.

The leader of the 2014 coup, General Prayut Chan-o-cha, didn’t stand as an MP but was always going to be the PM candidate for Palang Pracharat. With the rump of 250 fixed votes from the Senate, he was a shoe in for the job.

THAT is Thai democracy in the second decade of the 21st century, a stumble backwards from the intentions of the civilian and army coup leaders in 1932 who took advantage of a King playing golf in Hua Hin to pivot Thailand from its Siamese history of successive monarchs to a new constitutional monarchy – a democracy with an unelected Head of State who exercised limited powers.

Call it ‘Democracy Thai Style’ or ‘Quasi Democracy’ or ‘Limited Democracy’. But, in 2021, the full intentions of the 1932 democracy pioneers have not yet been fully realised.

In the middle of last year a new wave of democratic demands emerged from a new, younger, educated group of Bangkok students who are also pushing for constitutional reforms and changes to the role of Thailand’s Head of State – same, same but different to the calls of the coup leaders 89 years ago. So far their youthful voices have been fairly bluntly rebuked and many of the leaders either find themselves in jail, wearing location bracelets or out on bail, on condition they refrain from their protests.

Lower House President Chuan Leekpai has seen enough of Thailand’s strengths and weaknesses as an emerging democracy, acting as the country’s PM both before and after the financial collapse of 1997. His role now is as a calming and experienced voice to help steer the fractured 2019 parliament towards the next election, perhaps as early as next year. 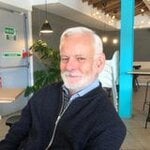 simonjturner1
Thanks Tim for this very interesting explanation of the current political situation in the Kingdom. I hope you will continue to find the time to write these opinion pieces regularly. I value your insight and your professionalism in being able…
ThomasK
Excellent article!