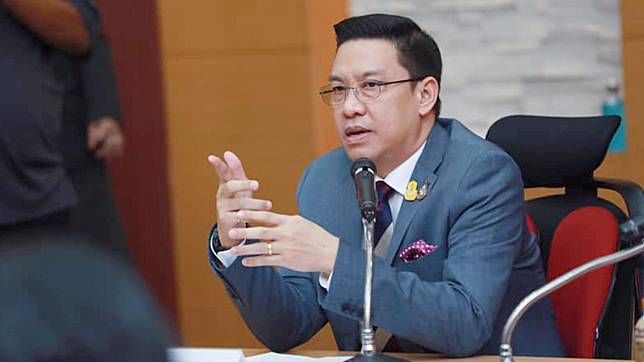 Nearly 1,000 so called lèse majesté posts on social media have been cited in a police complaint for allegedly violating Thailand’s Computer Crime Act, some allegedly criticising and insulting the Thai Monarchy. The complaints were filed by Digital Economy and Society Minister Buddhipongse Punnakanta.

The police report says the social media posts were shared during the pro-democracy protest over the weekend. Altogether, 982 social media posts allegedly violate Thailand’s Computer Crime Act. The ministry has also applied for a warrant to block content on Facebook, YouTube and Twitter at violate the act.

In Thailand, lèse majesté (insulting the monarch) is criminalised by Section 112 of the Thai Criminal Code… Since 2018, there have been no known new (lèse majesté) cases, but the authorities have invoked other laws, such as the Computer Crimes Act and sedition laws, to deal with perceived damages and insults to the monarchy. – Wikipedia

The complaints and subsequent legal threats, are a rear-guard action by a government and officialdom rattled by the number of protesters and by the extent of their demands, touching on the culturally taboo topic of Thailand’s revered monarchy. Another protest is on today at the front of the Thai parliament in Bangkok.

Out of the 982 posts, 661 were on Facebook, 289 were on YouTube, 69 were on Twitter and 5 were on other websites. Buddhipongse says 2 Facebook posts and 3 Instagram posts violate an Article 14 in the Computer Crime Act which regards posts that many cause damage to the country’s national security or cause a public panic. Those who violate Article 14 face up to 5 years in prison and an up to 100,000 baht.

Social media platforms could also face charges for violating the act’s Article 27 for failing to comply with orders from the court to take down the posts. They could face a fine up to 200,000 baht and a daily fine of 5,000 until the posts are taken down.

Other posts allegedly violate the act’s Article 20 which prohibits the spread of information online that might have an impact on national security, or that might be contradictory to the peace. The Nation Thailand says each post that violates Article 20 could face a 200,000 baht fine.

Click HERE to read an unofficial English translation of the Computer Crime Act.