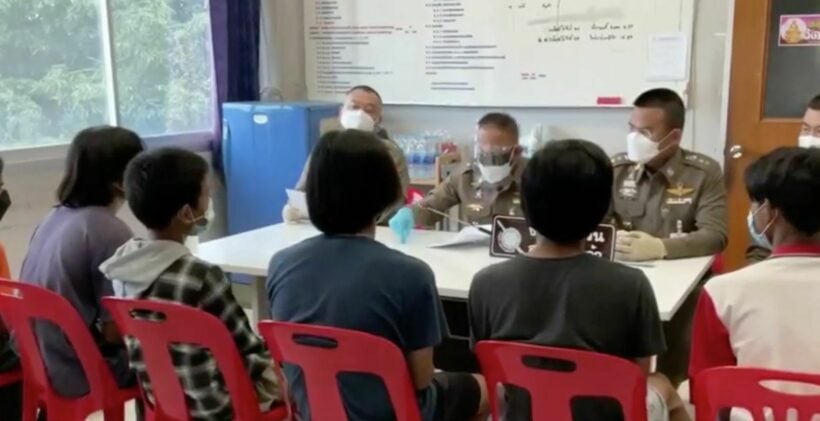 Police arrested seven teenagers for allegedly possessing ping pong bombs with plans to use them at an upcoming protest in Bangkok. Officers raided a home in Nakhon Pathom, right outside the capital, at around 3:30am yesterday and seized 18 ping pong bombs. The teenagers at the home, ages 12 to 19, were arrested. Police also confiscated 3.69 grams of marijuana, knives, and a cutting board.

One teenager allegedly claimed ownership of the ping pong bombs. Reports in Thai media says the explosives were planned to be used at the August 29 protest in Bangkok. The teens face charges for possession of cannabis, which is still classified as a Category 5 drug, possession of explosives without permission, and for violating the Emergency Decree which bans gatherings of more than 5 people in “dark red” provinces.

Over the past year, there have been youth-led protests demanding monarchy reform and democracy. At major rallies, police have used tear gas, rubber bullets, and water cannons to break up the crowds. Recently, numerous activist groups have been calling on PM Prayut Chan-o-cha to resign due to what they say is mismanagement during the Covid-19 pandemic.

Last week, three other teenagers were arrested for allegedly possessing ping pong bombs and handing them out at a protest in Bangkok’s Din Daeng area. 75 ping pong bombs were seized from the home. Officers say the teenagers purchased the small explosives from a factory had added gunpowder to make them more powerful.

dmacarelli
2 hours ago, HolyCowCm said: Used to be an old saying, can't rape the willing. But nowadays even that is turned around as a she said, he said wasn't in a state of understanding consent thing. Fortunately alot of that…

Rain
On 8/26/2021 at 1:09 AM, AlexPTY said: Which pro democracy group they belong to?  What variety of false democracy might we talking of?

Rain
11 minutes ago, dmacarelli said: Fortunately alot of that nonsense is confined to the Western world. Little burden of proof required there. If a man keeps his nose clean here, no matter how sexually active he may be, as long as…

19 arrested for gambling and drugs in Suphan Buri