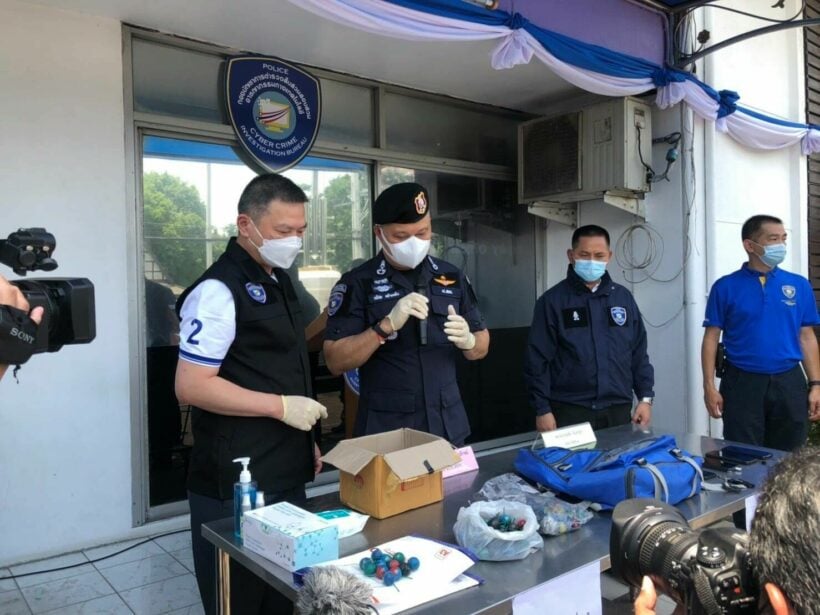 The teenagers allegedly told police that they had purchased the 100 ping bombs from a factory in Samut Prakan, just southeast of Bangkok, for 300 baht. The teens then added gunpowder to the explosives and and brought the bombs to a protest on Sunday to sell.

The teens sold the explosives through on the social media app TikTok, according to CyberCrime Investigation Bureau commissioner, Kornchai Klaiklueng. Two transactions were made through TikTok on Sunday, police say.

9S_
Are they sure it’s not for today’s Chinese holiday????

Poolie
15 minutes ago, 9S_ said: Are they sure it’s not for today’s Chinese holiday???? Tomorrow's. Old people's day.
MikeW
If the bombs were wrapped in a package how would the postal service be responsible for the contents
Jannot
That is takink stupidity to a whole new level.. What did they expect... Idiots

gummy
22 minutes ago, Jannot said: That is takink stupidity to a whole new level.. What did they expect... Idiots Exactly, they will need a much more effective  deterrent against these marauding state sponsored RTP hoards than these  bombs  because if you…