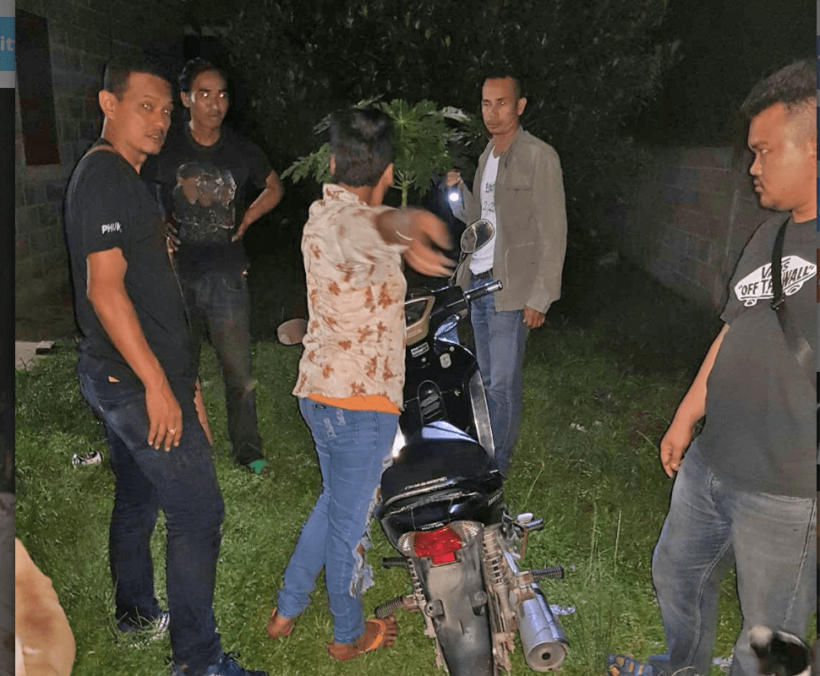 The arrest came after a 29 year old Surasak Saksri filed a report to police that his motorbike, with a  Nakhon Sri Thamarat registered license plate, parked in front of his rental room in Soi Cherng Talay, 10 was stolen.

Police continued their investigation and found that Tookta was driving the brown-black Honda Wave motorbike with no registration plate in the Baan Bang Jo housing estate.

Police stopped Tookta on the motorbike and found that the license plate was being hidden under the motorbike seat. She was taken to Cherng Talay Police where she was charged with theft.