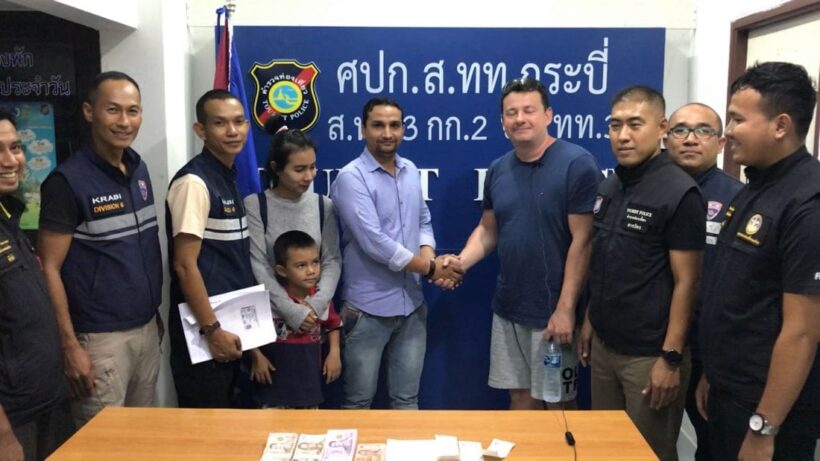 A British tourist has been repaid 255,000 baht following an accidental overpayment at an Indian restaurant in Krabi this week.

48 year old British man Simon and his ten friends went to a restaurant near Noppara Thara Beach in Krabi on Tuesday night for dinner.

After they have finished the meal Mr Simon put the 2,857 baht bill on his credit card.

But an amount of 257,857.12 was entered  in error and Simon entered his PIN, pressed OK and signed the receipt without checking. He had overpaid the restaurant by about 255,000 baht!

The manager 32 year old Aporn Sarem noticed the error at closing time when she was checking the accounting. Her Indian husband tried to search for the British tourists but was unable to find them.

Khun Aporn contacted the Krabi tourist police and Krabi immigration who managed to track down the tourists at a hotel nearby in Ao Nang.

Mr Simon received the overpayment of the bill yesterday, in cash. He and his friends said thank you to the restaurant proprietors and said they would definitely be coming back to Krabi again. 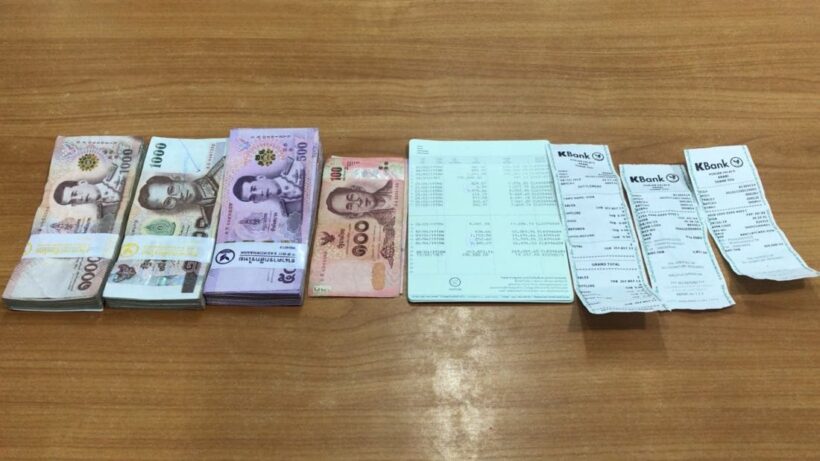 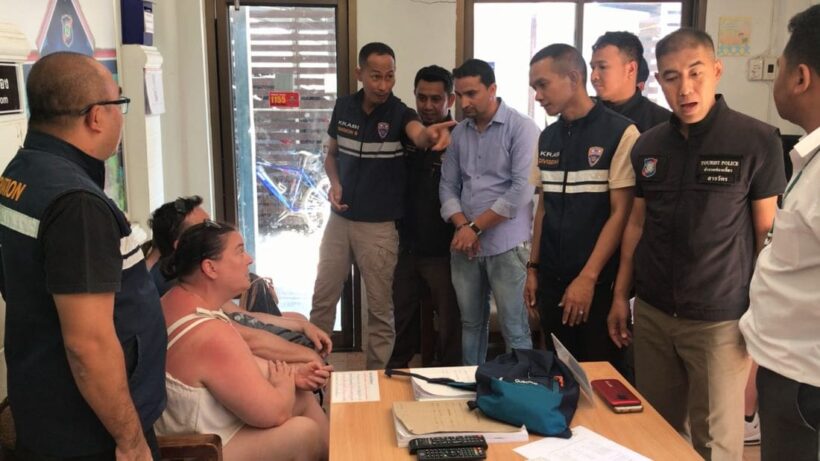 Hundreds of dead jelly fish wash up on a Krabi Beach