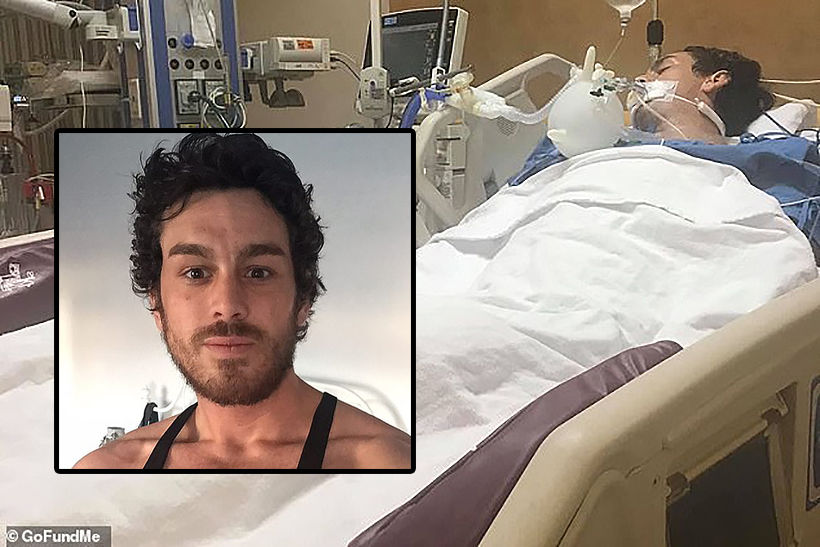 It’s now been confirmed that a British man, in critical condition in a Thai Hospital, has not contracted the Chinese Coronavirus. Ashley Shorley, who was holidaying on Koh Phi Phi at the time, became seriously ill with a “flu virus” on December 27. He was rushed by boat (reported as a sea plane in other media) to Phuket where his condition worsened. He is now reported to remain in critical condition in a Bangkok hospital.

However, doctors have now confirmed the 32 year old, from Lancashire in the north of England, does not have the Chinese virus. They have confirmed that the virus is “a severe strain of flu”.

It was initially reported that doctors feared he may have contracted the Chinese Coronavirus, which originated in Wuhan and has been contracted by more than 250 people, along with 4 deaths from the new strain of virus.

Ashely’s parents, Chris and Julie, were on holiday in Spain when they received the news about their son being taken ill. They are now in Phuket with their son. While Ashley has medical insurance, his friends and family set up a crowdfunding page to help support the mounting costs during his stay in Thailand.

The mysterious SARS-like virus has so far killed 4 and infected up to 250 confirmed (as of Tuesday afternoon) cases.

Thai Visa reports that Ashley in the intensive care unit at Bumrungrad Hospital in Bangkok.