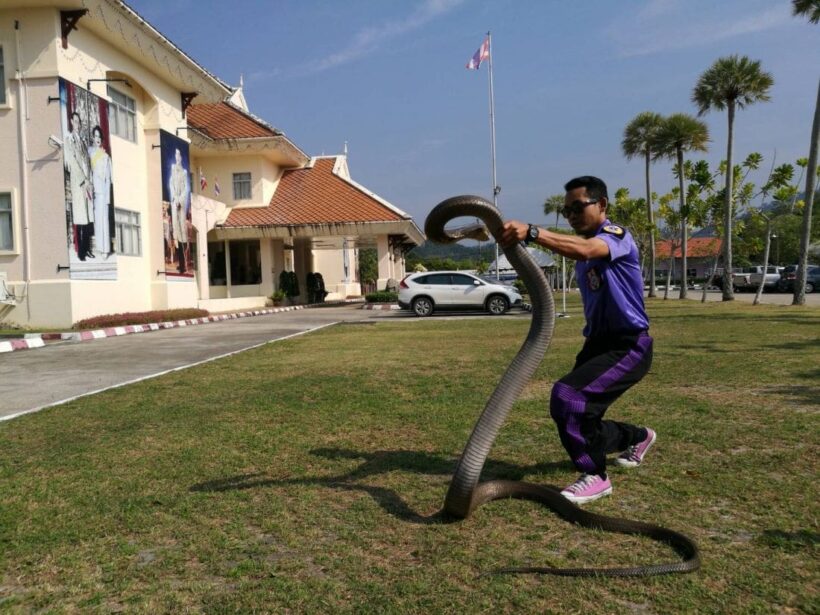 A 20 kilogram, 5 metre king cobra has been caught by a skilled rescue worker with his bare hands in Krabi.

37 year old Sutee Naewhart, who found the cobra used his bare hand to pull the king cobra out of its hiding place by its tail.

At first it shook off his captor and tried to get away but Khun Sutee took a second go and within 20 minutes had the cobra in hand – his bare hands.

Khun Sutee says, “It not difficult to catch a snake with bare hands but we need to think about safety first. I caught this snake with my bare hands as I don’t want to hurt it with a snake snare. I have had lots of practice to catch snakes. With no experience you can die by snake bite.”

A 20 kilogram, 6 metre king cobra was caught in Trang by rescue workers the day before.