Sanook is reporting that Cha-Am police found three casings from a 9mm gun near the Bor Prakhon housing estate by Soi 2 in Nong Ta Phot sub-district yesterday. A man was allegedly shot at six times by his son-in-law but not a single bullet hit him.

The man claims that his good luck came from an amulet he bought a temple in Pattani. Police suggest his son-in-law was just a very bad shot. Neighbours gathered around to marvel at his miracle escape and the supposed powers of the ‘Buddhist magic’.

38 year old Worachai showed police his black pick-up where it had five gunshots around the back and front of the vehicle. Worachai didn’t have a single mark on him.

The man says he was on his way home from Cha-Am hospital when he noticed the Toyota Vios owned by his son-in-law, 23 year old Chaisithinan, following him and not attempting to pass. He turned into his estate when six shots rang out. Worachai says there were two people in the Vios – his son-in-law sitting in the passenger seat and the shooter. The car raced off towards the Chao Samran Beach.

Worachai says it was a miracle that he was not hit and he claims the reason was the magic amulet he wore.

“I have always put my faith in that amulet,” reports Sanook.

Cha-Am police said that Chaisitthinan had been in jail for attempted murder in 2016 and only recently released. Police are now hunting for the two men. 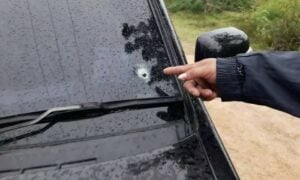 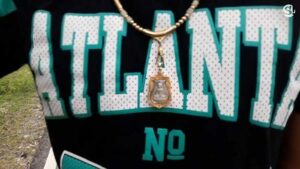 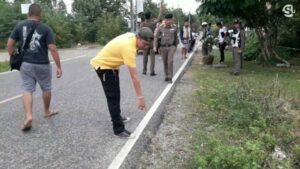