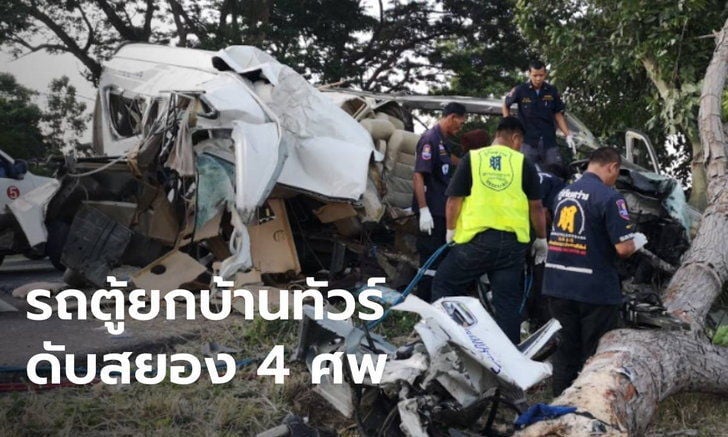 A horrific road accident has claimed the lives of four family members, and left eight other passengers with serious injuries after the van they were travelling in hit a tree in Prachuap Khiri Khan, central-southern Thailand.

The incident happened as the van headed south on the Phetkasem Highway. The family were travelling from Ratchaburi in central Thailand to Betong, in the southern province of Yala.

ThaiVisa speculated that the driver may have had a “micro-sleep”, called a “lap nai” in Thai, a common reason given for long-distance drive crashes of vans and buses.

Photos of the accident show the Toyota minivan completely destroyed, with a large tree uprooted on the central reservation. Two passengers were thrown clear of the vehicle, while the driver was dead at the wheel.

Top 10 benefits of living at a beach house