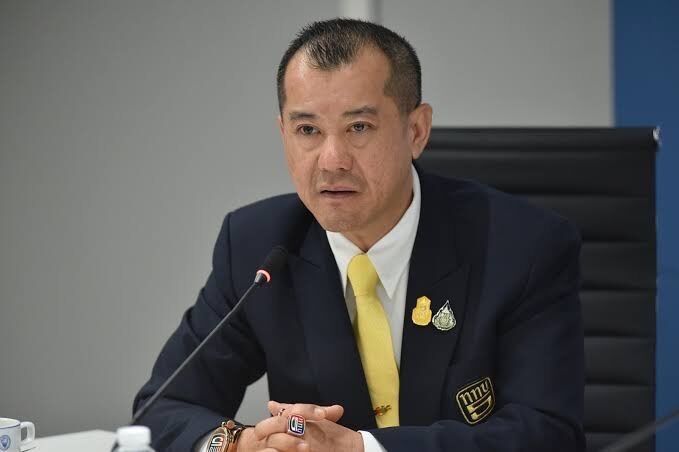 After a controversial meeting with the Russian ambassador on news coverage of the Ukraine conflict, the director of the Royal Thai Army-owned TV Channel 5 is being replaced. Reports point out the meeting between Channel 5 director Rangsee Kitiyanasap and the ambassador earlier this month, but it’s unclear why the channel’s chief is being replaced. Rangsee says he had submitted a letter of resignation, which said he was leaving the news outlet due to a “personal reason.”

Rangsee had met with the Russian Ambassador to Thailand Yevgeny Tomikhin over a week ago to talk about a news partnership between Russia’s military network and other news outlets. The Bangkok Post says he signed an agreement regarding coverage of the ongoing crisis where Channel 5 staff would need to verify reports with the Russian embassy.

Many criticised the neutrality of the channel, but Rangsee told reporters that he also met with Ukraine’s Chargé d’affaires Oleksandr Lysak to discuss a news exchange with Ukraine for balanced coverage of the ongoing conflict.

In an interview with Thai PBS, Rangee said they needed more news sources for coverage of the Ukraine conflict, saying “We have been relying too much on western news agencies. How can we tell whether what they report are true? We need to have balance in our news.”

Two anchors on Channel 5 spread false information on a broadcast earlier this month. The anchors falsely stated that Ukrainians “faked casualties,” while showing footage from a climate change protest in Austria last month where activists lay on the ground with body bags as a demonstration. The fake news had spread on social media, but Channel 5 failed to properly fact check the video and find the original source.

The station, which advertises itself as a public broadcaster for national security, is a corporate division of the Royal Thai Army. Rangsee is to be replaced by the former director of the Army Training Command on April 7.

HolyCowCm
28 minutes ago, AdvocatusDiaboli said: So they are oligarchs? 😉 In a smaller sense yes, but they may put it as blessed privileged indiviuals in their regime boys club.

Benroon
8 hours ago, Max said: Very very said thai thai people dont have the courage to be independend....... Break that down for us please ….how so ?

AdvocatusDiaboli
23 hours ago, Thaiger said: Thai Army-owned TV Channel 5 But the Big Question here is why the Army own a TV channel …. Maybe if they sold it, they would offset the price of a airforce jet or some…