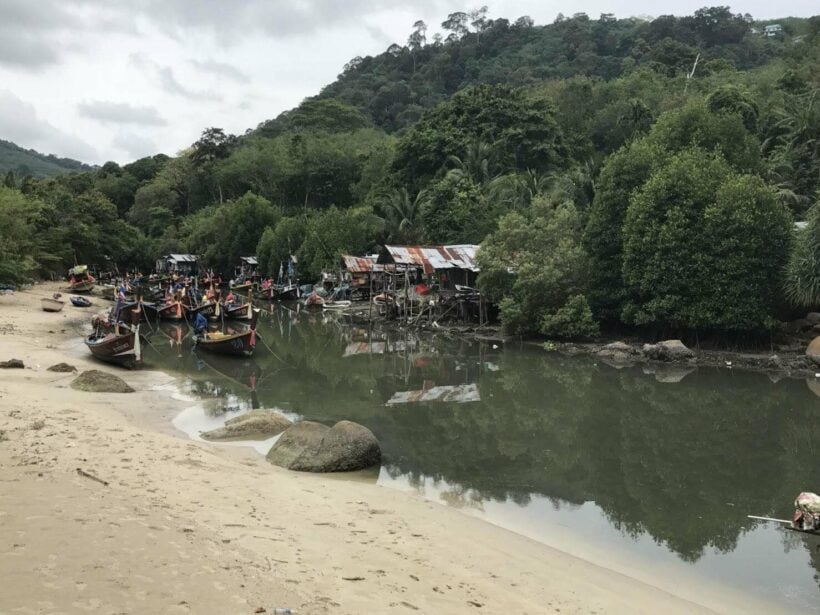 Phuket’s Governor, Norapat Plodthong, visited Pakbang Canal and set a meeting with Patong Mayor, Chalermluck Kebsup, about the wastewater solution for the canal after rubbish and waste had been left without dredging for 2 years.

The water released into Patong beach after this week’s rains, from the canal, is foul and stinks. The Governor said after the survey at the canal that the meeting agreed that the wastewater comes from the litter, green waste and dregs that’s built up over 2 years. Patong’s Mayor says the Municipality hasn’t dredged the canal for a long time because of budget issues.

“Phuket Provincial Offices of Public Works and Town & Country Planning has set a 400 million Baht budget to solve the whole wastewater issue and dredging Pakbang Canal is included in the budget but hasn’t been seen as a priority so far. When it rains, the dregs flow with the rest of the drainage water into Patong Bay.”

The Governor mentioned that today (April 26), the Patong wastewater solution project contractor will be called to join the meeting with the departments involved to discuss about cutting the canal dredging plan from their projects and allow the Patong Municipality to dredge the canal immediately.

Meanwhile, Patong Mayor, Chalermluck Kebsup, revealed that the phase 4 of water treatment lagoon is currently under construction and is expected to be finished this year. It will allow Patong to treat an extra 9,000 cubic metres of water and the phase 5 is already planned to be built as Patong keeps growing. The wastewater treatment system network covers 80% of Patong so far. The remainder is the area towards Kalim which is steep and difficult to drain the wastewater into existing drainage systems so the municipality is planning to build a small waste water treatment lagoon in the area.

“The wastewater treatment system in Patong supports wastewater for the whole area with 22,000 cubic metres daily and 27,000 – 30,000 daily during the tourism high season. When phase 4 is finished, it will be able to support an extra 9,000 cubic metres or waste per day.”

Truck crashes into a van and car – 8 in Chalong hospital