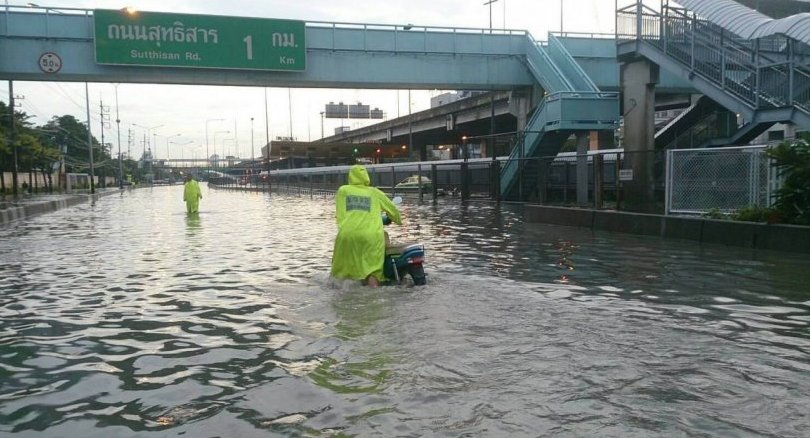 Heavy rains lashed the capital past midnight on Friday and continued into the early hours of Saturday, leading to flooding on many Bangkok roads.

At around 7.30am on Saturday, the Bangkok Metropolitan Administration’s Drainage Department issued a plea on its Facebook page, urging Bangkokians who have no urgent business to stay home as many roads are still inundated.

At 8am, the Drainage Department said 32 flooded spots in Bangkok were yet to be drained while water had subsided at 23 other spots.

Meanwhile, His Majesty King Maha Vajiralongkorn has sent relief to the flood-affected people of Phichit province.

Many areas of Phichit remain inundated, as the Yom River overflows affecting nearly 10,000 families in the province.

His Majesty sent 3,100 flood relief kits. This province is one of the most affected areas in the Chao Phraya River Basin and prone to flooding each year during the wet season.