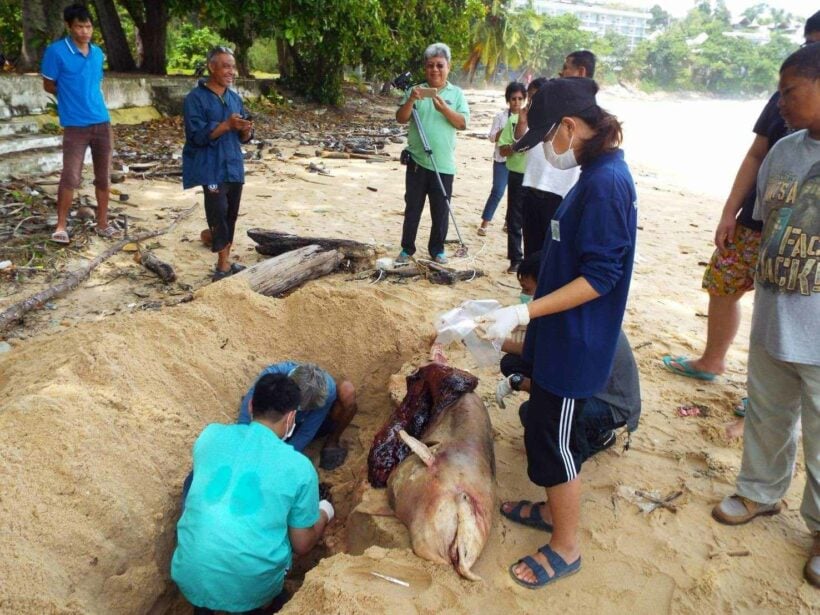 A dead dolphin, 1.26 meters long, has been found on Surin Beach this morning (June 20).

Khun MaAnn says, “scratches were found on the dolphin’s skin. The dolphin also had a very bad smell. Officials at  the Phuket Marine Biological Centre (PMBC) have been notified.”

PMBC officials say, “The striped dolphin is 1.26 metres long.  The dolphin was already rotting and starting to decompose. There was no use in taking it back to the centre. We collected some tissue from the dead dolphin to investigate the cause of its death.

The dead dolphin has been buried by staff members of the Cherng Talay OrBorTor.” 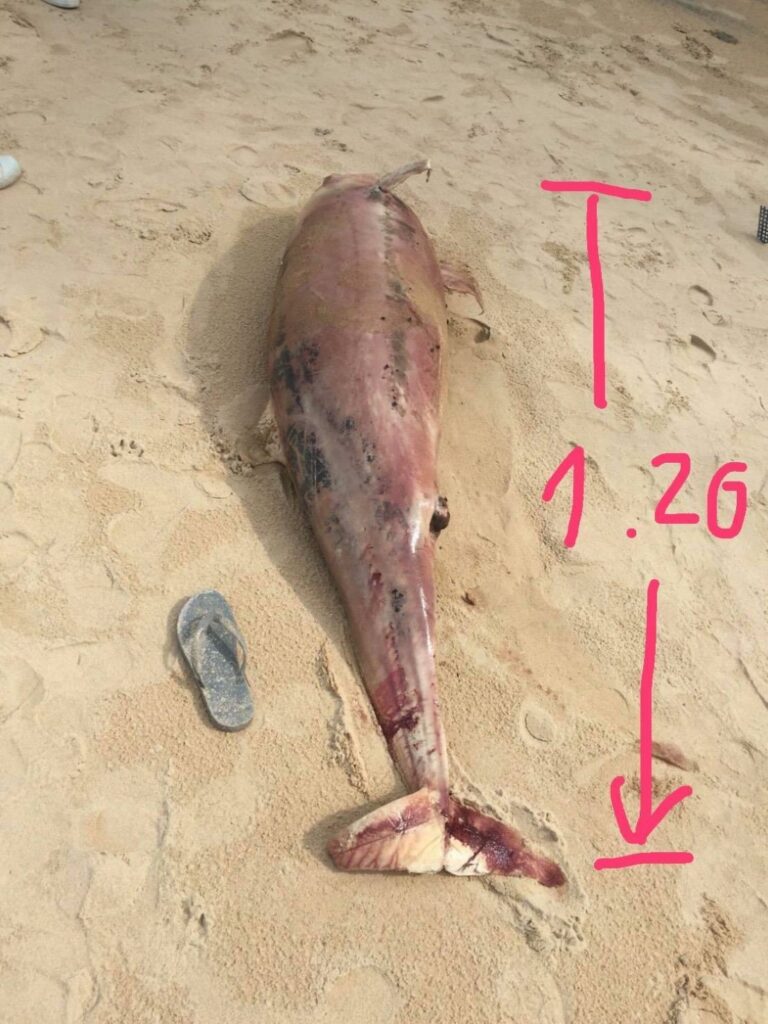 Measures to control the use of herbicides being developed