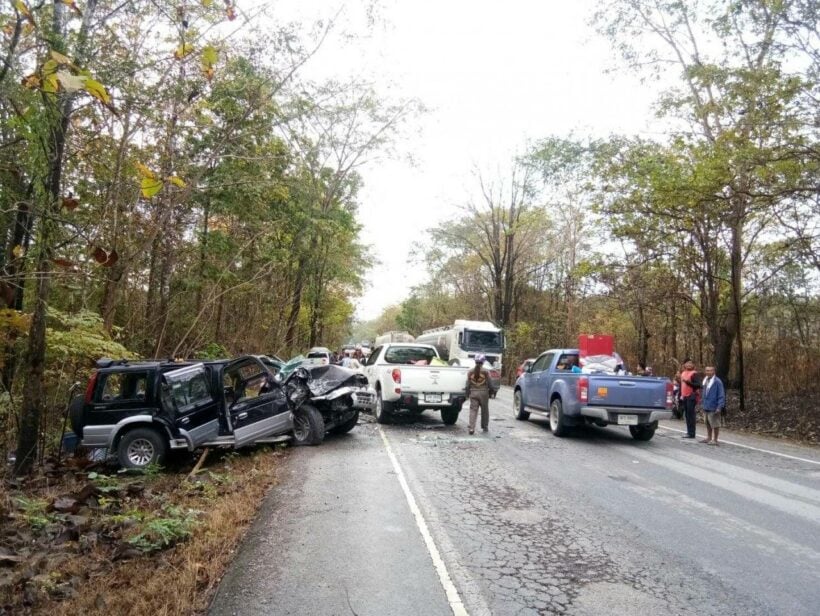 As Thai holidaymakers journeyed to their hometowns for the annual New Year Festival with accompanying high traffic volumes on highways and crowded transport hubs, the Road Safety Operation Centre on Friday reported a slight decrease in accidents, deaths and injuries on the first of the seven-day road safety promotion period ending January 3.

Chiang Mai reported the most accidents at 23 cases and the most casualties at 25 injuries while Si Sa Ket suffered the most fatalities with six deaths.

The top two main causes of accidents were drunk driving (42.77 per cent) and speeding (26 per cent), while most crashes (73.62 per cent) involved motorcycles, Arkhom said. About 44 per cent of accidents took place on highways, while about one-third occurred on village roads, he said, with around 30 per cent of the crashes happening between 4pm and 8pm. Slightly over half (52.49 per cent) of the crash victims were of working age.

Arkhom said many people now set out for their hometowns or to visit attractions upcountry for the New Year holidays. With highways so busy, the centre had instructed each province to set up checkpoints to arrest law-breaking motorists, especially those driving drunk, speeding, dozing off behind wheel, using a phone while driving or failing to use safety gears.

He said officers were also told to stop buses and vans for safety checks, as well as punishing those driving pickup trucks carrying passengers in a dangerous manner. With transport hubs crowded with travellers, the authorities were asked to check on bus drivers for sobriety and vehicle condition while police and soldiers joined in directing traffic flows, the minister said.

Those experiencing or witnessing road crashes are urged to use the hotline 1784 or 1669 to get help. 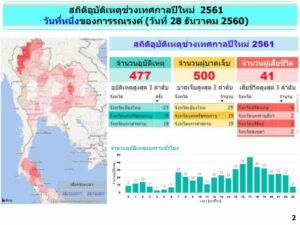