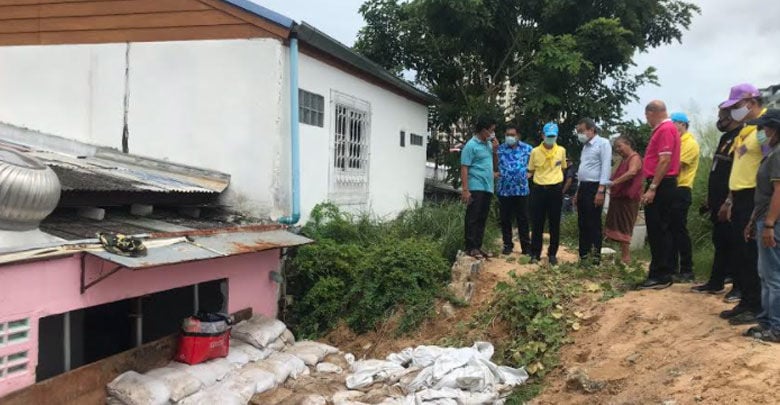 Flooding from the weekend’s heavy storms damaged homes and local beaches in Pattaya and Banglamung in the Chon Buri province, with water levels on some roads 10 to 80 centimetres high. Some residents say it was the worst flood in years. Pattaya City officials are planning to build a flood barrier to prevent future flooding, according to Banglamung Sheriff Amnat Charoensri.

At least 10 homes in the Banglamung area were severely damaged, according to Pattaya City Mayor Sonthaya Khunpluem. Water flooded homes at levels rose up to 30 centimetres, residents say. At some houses, walls completely collapsed, the Pattaya News reports. Many were sleeping during the storm and could not save their valuable belongings. Some say it’s the worst flood in years.

The mayor along with the Banglamung Sheriff and other Pattaya officials visited residents whose homes where damaged by the storm and handed out survival packages. The sheriff says city officials and volunteers are helping to clean up affected areas and repair property battered by the storms.