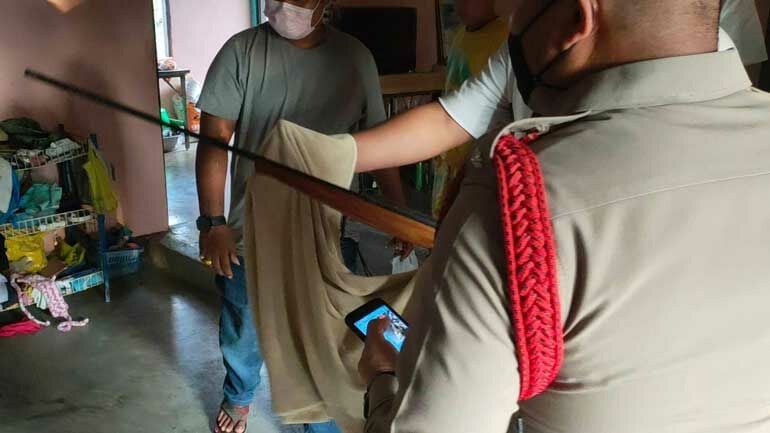 A 5 years old Burmese boy in Chon Buri was shot and killed while playing him and 2 other children were playing with a gun.

The children found the gun, a long, Thai-made .22 rifle, at their house. They thought the gun was fake and started playing with it. Then, a 11 year old boy pulled the trigger, shooting his 5 year old relative in the forehead, according to Thai media. Reports say the bullet was lodged in the right side of his head. He later died at the hospital.

Police arrived at the scene after the boy was taken to the hospital. Bloodstains were in the hallway. Police collected the gun as evidence.