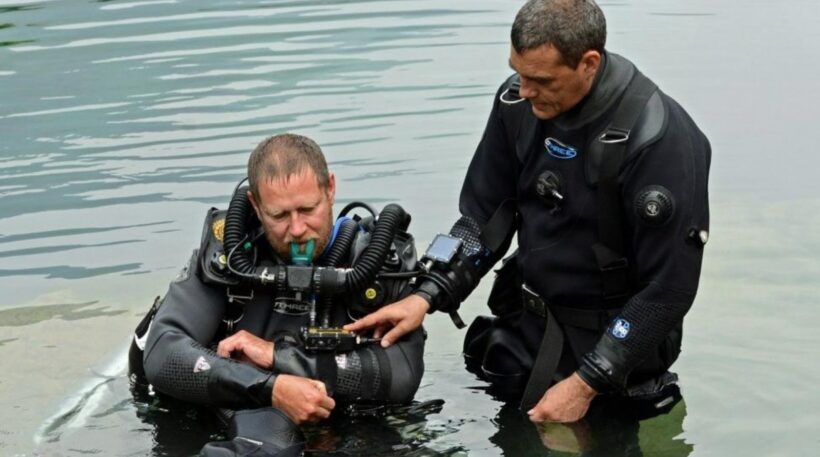 The team of 13 rescued from the Tham Luang caves last week were ‘heavily sedated’ to assist in their successful recovery and to avoid panicking.

One of two Australian experts who were with the Mu Pa football team and helped in last week’s rescue from the Tham Luong cave in Chiang Rai says the boys and their coach were heavily sedated during the extraction operation. Their revelations were aired on Australia’s national broadcaster ‘Four Corners’ program.

Retired Perth vet Craig Challen spoke to the program about how he worked closely with his friend and fellow expert cave diver, anaesthetist Dr Richard Harris, to medically assess the boys and their coach before they were each extracted by the rescue teams – up to one hundred divers along the exit route with ‘triage’ emergency medical stations set up along the way to check the team members along their journey out of the cave.

In his first in-depth interview about the rescue operation, Dr Challen confirmed that the boys were sedated.

“They did have some sedation to keep them calm, because the worst thing that could happen would be one of those guys panicking,” he said on the program.

“If you put me in a full face mask with no previous experience and dragged me out of a cave for, it’s about a three hour trip, then I would be terrified and probably panicking as well.”

“The team were pretty unreservedly happy to see us, I think. I can’t imagine what it was like for them being in there nine days with no contact,” Dr Challen said.