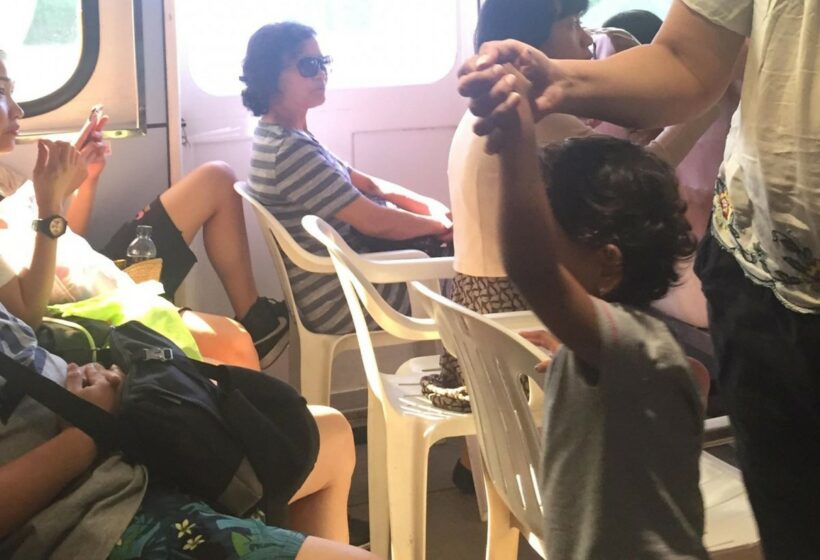 There is no doubt a lot of infrastructure is at critical ‘overload’ stage where tourist attractions are struggling to cope with the sheer number of tourists and visitors coming to the region. This applies to the transport infrastructure getting people here and there as well.

While there has been an announcement about new ferry services linking the golden tourist triangle of Phuket, Phang Nga and Krabi, we’re still a few years away from introduction. 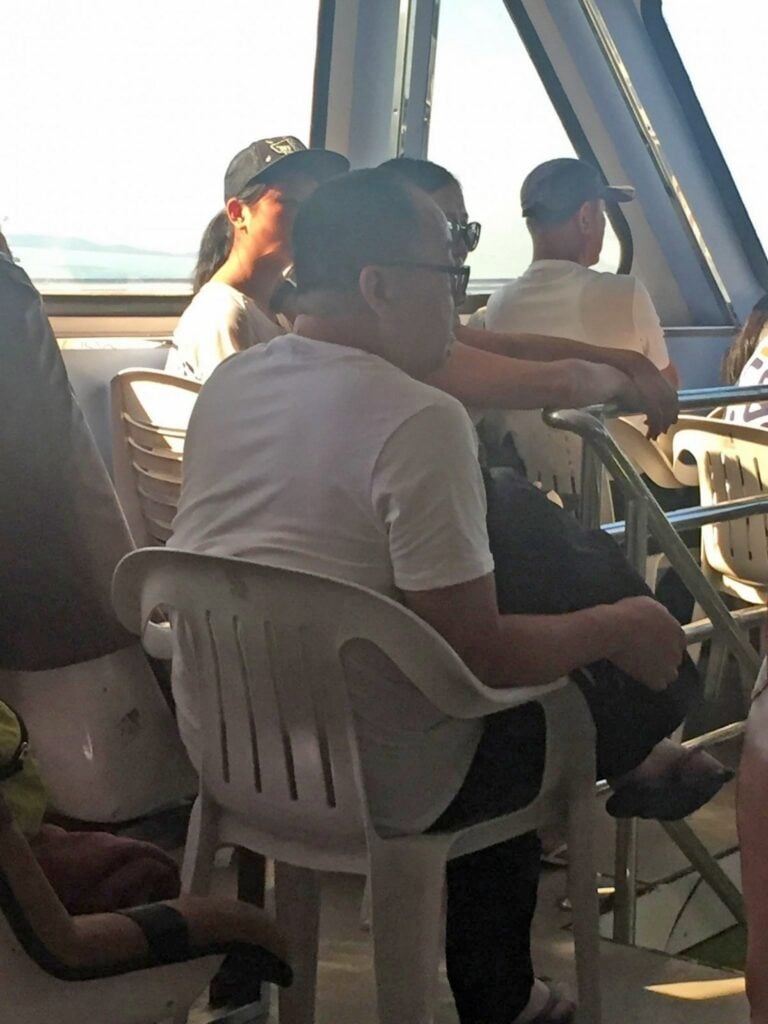 So when you run out of properly designed, secure seats in your passenger ferry, just add a few cheap white plastic garden chairs on the slippery linoleum ferry floor! Not only that, but locate some of them right in front of the exit doors as well.

Round trip cost from Railay in Krabi to Phi Phi was 1,400 baht – you’d certainly expect get a real ferry seat for that. There were more than 30 people seated on the plastic stackable chairs on the service this morning. The ferry had three floors and there were plenty of other plastic loose chairs filling up aisles on the other floors as well, according to our informant.  Another 20 or so passengers were standing with the ferry clearly over-capacity.

The person who sent us the photos is a long-time Phuket resident who was concerned for his guests he was showing around the region. He said that, luckily, this morning the seas were relatively flat. But in anything but absolutely perfect weather the unsecured plastic chairs, and the people sitting in them, would become dangerous flotsam and jetsam.

Our photographer estimated that the ferry would normally carry up to 150 people but says there were over 200 on the ferry service this morning. He also reported that the exit door was locked throughout their time onboard.

In contacting the ferry company today they said, “the ferry hasn’t been overloaded. These plastic chair are being put inside the ferry in the air conditioned areas. Sometimes tourists went down from the upstair areas due to strong winds and sometimes rain. So they inserted more chairs for them in the air-conditioned area. The ferry door is always locked when the they are travelling.” 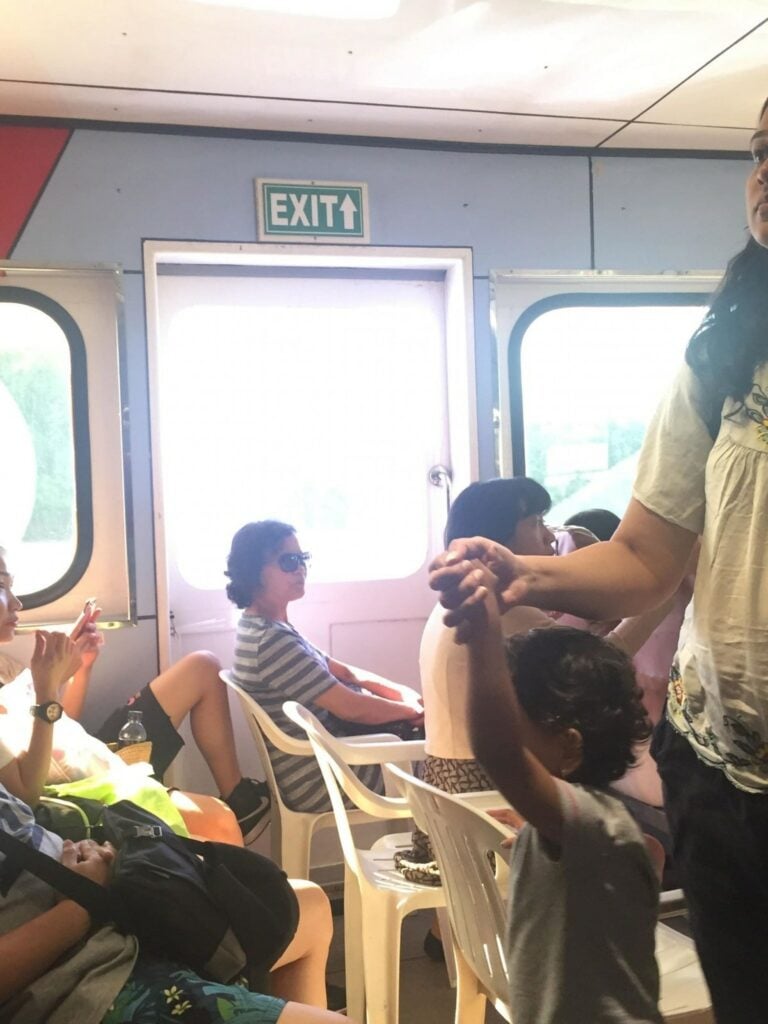