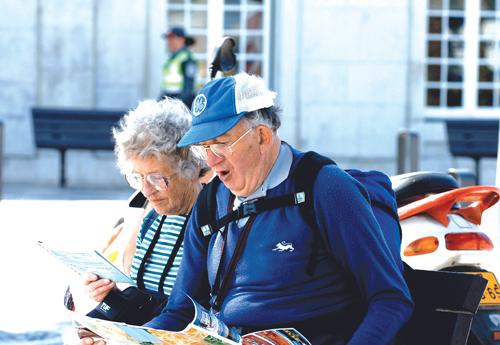 PHUKET: With the Finance Act 2013, the UK is making changes to the statutory residency laws, which may affect some expats living in Phuket.

It is well worth taking the time to review the changes if you are one of those who have just left the UK or who, and although you reside in Phuket, you maintain significant ties to the UK and spend a significant amount of time visiting there.

If someone is classified as a non-resident for tax purposes, the UK government does not tax on worldwide income. Thus a huge benefit of being an expat, for everyone except Americans sadly, is the right to have investments and assets in any jurisdiction of your choosing and pay taxes according to the laws there. Using tax free offshore jurisdictions such as Jersey, Guernsey, and the Isle of Man, is a perfectly legal way of avoiding unnecessary taxation. A huge potential benefit of maintaining a non-resident status for many is the ability to remove one’s UK pension from the tax regime and move to a jurisdiction with much more favorable tax laws, such as Gibraltar where the tax is a flat 2.5%

For those not automatically classed as a resident, the basis of residency will now be determined by whether an individual meets either the automatic overseas residence test or the sufficient ties test. A person is deemed to be an overseas resident if:

For people who are not automatically classed as an overseas resident (and who are not automatically resident (183 days or more in the UK or having a home in the UK or working full-time in the UK) residency will be determined as to whether or not they meet the sufficient ties test.Therefore, any person who does not satisfy the automatic overseas tests and who visits the UK for more than 16 days should be aware they might become a UK resident, particularly if they: have family in the UK; have accommodation in the UK (either their own or provided by a close relative); work in the UK; spend more than 16 days in the UK; spend more time in the UK than elsewhere.

If you feel that you may have a close enough connection with the UK to fall within the scope of the new test you should review the appropriate legislation and guidance notes at: hmrc.gov.uk/budget-updates.

It is recommended that if there is any doubt as to status under the new test, you should seek professional advice from an FSA regulated source to clarify and confirm. If you have already moved your pension offshore or have significant gains from offshore investments every year, it would be wise to plan any time spent in the UK to maintain your non-resident status in accordance with new laws.

He can be reached by email at david.m@faramond.com or 085-335-8573. Faramond UK is regulated by the FSA and advises on pensions and taxation.

How Phuket expats can cut their investment costs