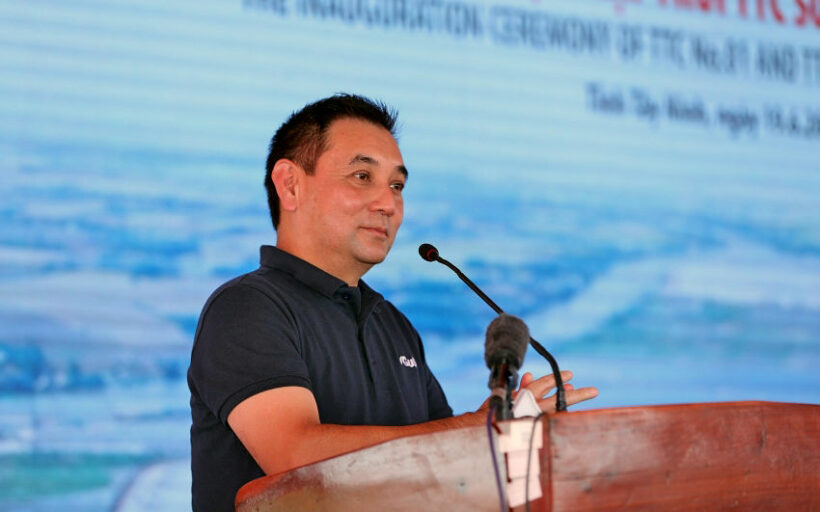 Sarath Ratanavadi has swiftly climbed up the list of Thai billionaires to become the nation’s second-richest man.

Sarath owns the Gulf Energy Development which is outpacing most of the world’s power companies. According to Bloomberg, Sarath’s net worth rose to $6.3 billion after a 28% rally in Gulf Energy in the past three months, according to the Bloomberg Billionaires Index. The utility, which he controls from Bangkok, was the second-best performer in the period among the 100 firms in the Bloomberg World Electric Index.

The 54 year old has diversified his empire from current or planned power plants in Thailand, Vietnam and Oman to deep-sea ports, aiming to tap into Southeast Asia’s infrastructure needs. The new liquefied natural gas and container units will support Gulf Energy’s earnings stream from power operations.

“My main focus is stable and sound growth in the long term, rather than short-term movement in the share price.”

“We’re continuously searching for projects that will complement our existing power business.”

Sarath is among the elite in the power and energy industry, ranking third in Asia behind India’s Mukesh Ambani and Gautam Adani, according to the Bloomberg Billionaires Index.

In Thailand, only 75 year old Charoen Sirivadhanabhakdi, the founder of Thai Bev, ranks above Sarath.