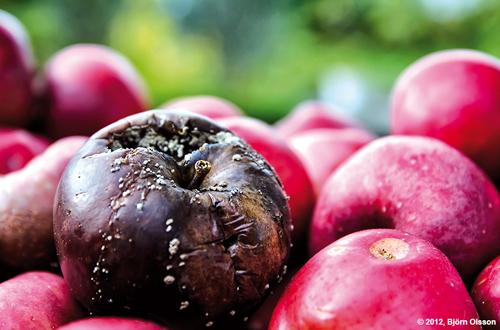 PHUKET: As of the middle of June, the portfolios of many active managers of both mutual funds and hedge funds alike were badly under-performing the benchmark Standard & Poor’s 500 index. In fact, and despite a bull market that had seen the S&P index climb about 16% since the start of the year, over two-thirds of active managers were missing their benchmarks while active managers in general have had their worst performance since 1998. The major culprit? Apple.

Apple hit the US$700 level around the middle of September 2012 amid talk that shares would reach $1,000 by the end of the year or sooner. By the middle of June 2013, Apple had sunk to the $430 level and was sinking the performance of many active fund managers along with it because they were overweight in its shares.

Moreover, of the 30 most-owned stocks by hedge funds, Apple was the only one to have delivered a negative performance for the first quarter, and as of mid-June, it looked set to be one of only several to deliver a negative performance for the second quarter. Bedsides Apple, the hedge funds have also found themselves saddled with portfolios concentrated in low-returning discretionary and information technology stocks rather than cyclicals which started to perform better in late spring.

In other words, the “smart money” crowd bet too many chips on Apple as well as on the wrong sectors. While you or I can easily move in or out of investments, because we aren’t managing billion-dollar portfolios or positions, it’s very difficult for a big fund to add to or unload a sizable (e.g. one million share) position in the wrong stock or sector without seriously impacting share prices. This is another reason active fund managers are lagging and will probably continue to lag major indices for some months as they try to adjust their portfolios.

What are the lessons we can learn from the recent mistakes made by the smart money crowd? For starters, do no blindly follow the herd but don’t try and stand in front of it either. For example, any short seller who bet against the herd by shorting Apple before last September likely found themselves on the losing side of a “short-squeeze” while investors in funds that short the market have been consistently loosing money year after year since the market bottomed after the financial crisis.

Likewise, be very careful about buying into media or Wall Street hype surrounding any one particular stock, investment or sector, as the bulls can quickly turn into bears or vice versa. Case in point: do you remember all those bullish stories about Apple up until early autumn or so? When Apple’s share price was rising and kept rising, the media and much of the investment community kept singing the company’s praises and tended to attack its detractors, only to do a sudden u-turn when the stock or the company itself started to stumble.

However, unlike the managers of actively managed funds, the managers of exchange-traded funds (ETF) are not swayed one way or the other by hype because these funds are designed to track specific indices by having the same stock allocation as the indices they track. So instead of placing a bet on whether a manager of an actively managed fund can beat their index benchmarks, it makes much more sense to just invest in ETFs tracking indices.

With that said, there will still be a considerable amount of onus on you to have an investment portfolio with a properly diversified asset allocation between different types of investments (equities, bonds and cash) and sectors. This is much easier to do with ETFs or individual stocks or bonds than with actively managed funds. Why?

Consider this: If the managers of all the actively managed funds you own are overweight in Apple, plus you own shares, then you are overweight in Apple and your portfolio has probably been suffering since last September. In other words, you may have knowingly or unknowingly followed the herd and are now paying a price with diminished investment returns all because of one stock.

The image used in this article was provided courtesy of Björn Olsson. Please click here to view his gallery.

Keep checking the Gazette’s Business pages for the latest local and national business news updates affecting Phuket and Thailand. Alternatively, join our Facebook fan page or follow us on Twitter.