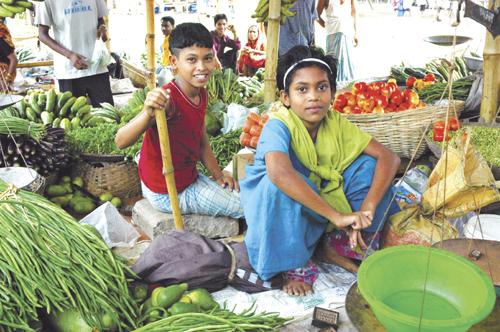 PHUKET: I have recently come across an investment concept that’s caught my interest, and for those of you with a speculative bit of capital to allocate – you might find it interesting also. Fund Management Group has recently launched an equity-based fund, spread across what they call new frontier countries.

According to them, frontier markets represent 40% of the world’s population but only 15% of the world’s GDP, only 3.6% of the world’s stock market capitalization, and only 0.5% of the MSCI World Index. This will change they say, and they suggest you allocate one third of your emerging exposure to these economies with a long term time horizon.

They cite several reasons to expect substantial returns going forward as this untouched segment of the global equity markets gains attraction and funds flow from global and institutional investors.

Frontier market (FM) valuations can be attractive now, when compared with other emerging and developed markets.

These countries possess strong macroeconomic fundamentals and good quality balance sheets, particularly when they are compared to developed countries.

Among the reasons they specifically list to invest in these economies are:

– A simple way to get diversified exposure to the “new world” that is not included in BRIC or general emerging market funds.

– 39 of the world’s fastest-growing economies through 2015 will be FMs according to International Monetary Fund.

– FMs include 3 billion people, who are tomorrow’s consumers and producers.

– Exposure to FM stock markets is significantly under represented by global investors.

That all sounds well and good to me and the thought of replicating the returns of the BRIC countries during the last decade is great. However, I would caution that there is an equal chance that many of these countries will continue to stagnate, or are affected by wars, political unrest, natural disasters, etc.

That being said, the diversification doesn’t leave the fund overly exposed to any one economy.

The other reason I might think cautiously about these economies is that capital flows traditionally have been cyclical, and we have seen capital flowing from the developed world into the emerging world for quite some time now.

If this cycle reverses for the next decade or so, this strategy may be 15 years ahead of its time and the fund could see these markets declining.

I am not saying that this will happen but it is a possibility and you should think about how much exposure you want from these particular economies.

My hunch is, that globalization is here to stay and as time goes on more and more of these periphery economies will be brought into the global fabric of the modern world.

A fund like this may be a good way to take advantage of the natural progression of human development.

David Mayes MBA lives in Phuket and provides wealth management services to expats around the world, focusing on UK pension transfers. He can be reached at 085-335-8573 or david.m@faramond.com.