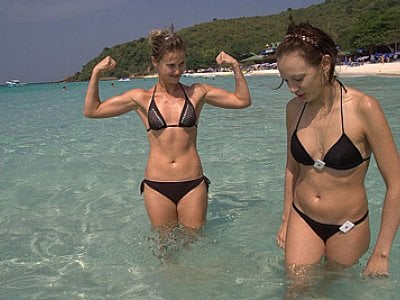 PHUKET: There is no question that Phuket over much of the last four years has recovered from global recession. However, what is more noticeable is how resilient it has been in terms of tourism, despite a global financial meltdown and political instability on a national level. This resilience allows Phuket to grow while other tourism areas of the world are suffering.

The Crisis Begins
The global financial crisis generally hit everyone in 2008. However, in that year Phuket’s tourism was chugging along fairly well, only four years after the major South Asian tsunami. Ironically, political issues in other parts of Thailand helped drive more tourism to Phuket and away from Bangkok.

Tourism did decline compared to the previous year, when times were good, but the region still attracted folks who still had cash and hadn’t lost their shirts on the financial markets. This was helped by Phuket hotels and vendors lowering their prices to lure more customers.

Two Years Later
Well into the global crisis by 2010, when most countries were struggling and Europe was showing signs of serious collapse, Phuket truly became a getaway island.

Tourism to the island during this period was strong and consistent; Phuket simply didn’t exist in the same world as the rest of Thailand. This support was due to a number of reasons: Geo-exports out of Australia increased ten-fold in 2010 as China’s demand for natural resources started making Australians rich with cash to spend. Those working in and receiving support from the mining industry reaped the benefits of selling copper, coal and iron to Asia.

That income flow then allowed Australians to flood Phuket, especially when airlines began flying direct to the island and financial services firms started to offer the full range of services including banking, investments and income protection. According to the New York Times, by 2010 Australians became the biggest group of foreign visitors to Phuket annually.

Swedes and Russians are popular visitors to Phuket. Both saw increased financial strength due to the currency machinations in Europe, especially since both countries were not directly drawn down by the sinking Euro. This was a good trend since it helped offset the loss of tourists coming from traditional European markets such as England, Germany, and France.

By 2010, tourism and other related segments made up the income of more than two-thirds of the labor on the island. Furthermore, during that year, the sector provided Thailand with an estimated US$3.15 billion in aggregate revenue.

Current Year
Phuket’s tourism strength continues to be a positive point of news in Thailand. Not only is airline traffic to the island up almost 30% versus 2011, the tourism numbers in the month of May broke all known records.

This boom in foreign tourism business increased as linkages by low-cost airlines expanded. A number of airlines provide regular, direct flights to Phuket, further connecting more regions for quick getaways as well as being connection points from further destinations. The proof is in the numbers: arrivals jumped 1.74 million additional passengers into Phuket in 2012. Further, international arrivals jumped by half over 2011.

Clearly, the global financial issues are not dragging Phuket down. Instead, the region is making capital investments with the ongoing tourism revenue that continues to grow. Expansion of Phuket’s International Airport is expected to allow a capacity total of 12.5 million by next year. Additionally, talks are in play to increase separate terminal capacity for private chartered aircraft as well, which will increase connections for high-paying visitors.

ON A ROLL
If Phuket can continue to improve its offerings while also maintaining a diverse tourism base from different countries, there is no reason that the island can’t continue its success over the next few years.

Now that various global regions are starting to show signs of economic recovery, there will be additional changes and shifts in visitor groups.

However, Phuket’s tourism management visibly understands this concept and is working proactively to keep bringing in business overall, which will lead to continued success despite all the woes affecting Thailand or the rest of the world.