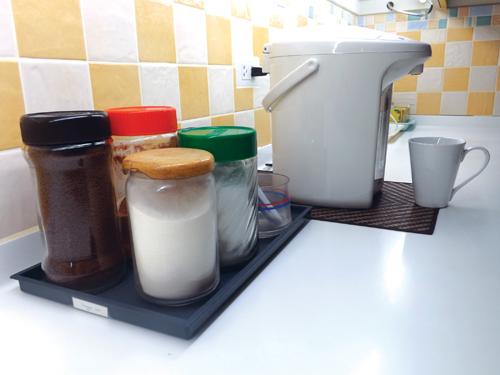 PHUKET: The Small Domestic Appliances (SDA) markets in Singapore, Malaysia, Indonesia, Vietnam and Thailand grew by nearly 6% in value over a recent 12-month period, when compared to the same period the previous year.

SDA sales in the five markets, tracked from February 2012 to March 2013, had a combined value of more than US$804 million.

According to GfK retail audit findings, the growth in overall value was a result of consumers buying nearly 1.6 million more SDAs compared to the previous year.

All five markets registered incremental value growth in the range of 1 to 12%, with Thailand exhibiting the strongest jump, followed by Indonesia at 8%.

According to the study, Thailand is also the country with the highest consumption level as consumers spent more than $235mn on over 9mn units of these appliances, contributing to nearly a third (30%) in value and volume of the combined SDA market in the region.

“The increasing affluence of households, on top of the rising need for convenience, has brought about an upgrading phenomenon which we are witnessing especially in developing countries,” noted Jasmine Lim, Account Director for Home & Lifestyle in GfK Asia.

“In recent times, our findings have shown escalating sales of higher-end appliances – an indication that consumers have greater purchasing power and are switching from buying basic models to the more sophisticated product ranges.”

European brands are registering a rising presence in four of the five countries with one in every three food preparation appliances, vacuum cleaners and irons sold in the region being of continental origin.

This has made European manufacturers the dominant contributors to the total sales value in the respective categories.

Among all the SDAs tracked, rice cookers were the region’s most purchased appliances by consumers.

Generating more than $355 mn in sales, this appliance is also biggest in terms of market worth. It is however the vacuum cleaner segment which experienced the greatest volume growth of 8%, driven by Indonesia and Thailand whose respective markets saw intensified volume sales by 23 and 17%, respectively.

“Thanks to the Chinese New Year celebrations across the region, performance of the small domestic appliances sector soared in the first two months of this year as more rice cookers, food preparation appliances and vacuum cleaners were purchased to help households with their cooking and spring cleaning during this period,” highlighted Lim.

“The uptrend for SDA products is likely to continue, driven especially by strong demand in the region’s developing markets,” said Lim. “A generally positive performance throughout last year and the sustained growth momentum reflected in the first two months of this year present an optimistic outlook for this sector, which is anticipated to remain in healthy territory in the months ahead,” Lim concluded.

Phuket Investor: The last time the markets were here