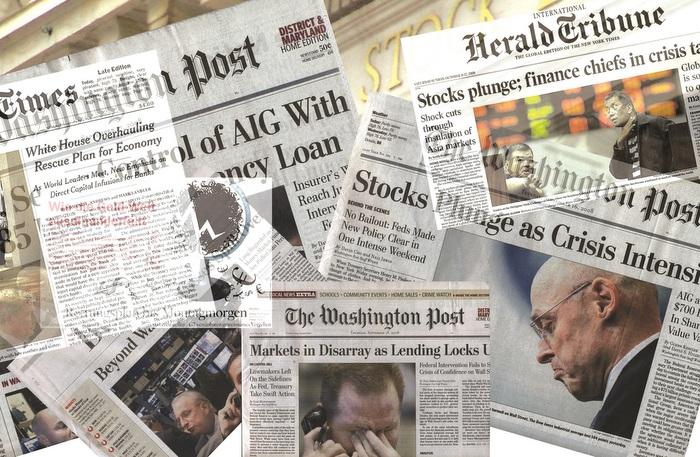 PHUKET: The recent market volatility and media hype surrounding it may have you panicking that another stock market crash (or bear market) is coming. After all, there are serious geopolitical and economic concerns ranging from a migrant crisis in Europe, to Putin on the march in Eastern Europe and Syria, to concerns about the overall health of the Chinese economy and the recent terrorist attacks in the United States and France.

Add in the uncertainty as to when the US Fed will finally raise interest rates and we have the perfect storm of bad news and uncertainty that’s hurting stock markets and investor confidence. However before you head for the market exits, you need to understand the difference between a stock market correction and an outright stock market crash or bear market.

A market correction is usually defined as a 10 per cent decline to adjust for an overvaluation in a market that is otherwise in a longer term uptrend or bull market, and such declines can be localized to certain sectors or asset classes. A market correction is often just a way for the market to bring some sense to over-enthusiastic investors and usually has a much shorter duration than a bear market or recession.

On the other hand, a stock market decline of 20 per cent or more is usually considered to be a stock market crash or a bear market, and such a decline is more likely to trigger a recession (or even a depression) as it’s usually a market-wide meltdown with few safe havens.

The good news is that for a stock market crash to happen there needs to be a really big trigger that seldom strikes out of the blue, and usually it involves some sort of a bubble. For instance, the dotcom crash happened because there was a huge and very obvious Internet bubble, in which certain stocks with little or no revenues (or even prospects for revenues) were given crazy market
valuations.

The 2008 financial crisis occurred after a credit crunch/contraction that was ultimately caused by a massive US housing bubble where people with very low or uncertain incomes were able to buy (or flip) houses with little-to-no-money-down mortgages. These toxic mortgages were backed by guarantees from American taxpayers and then repackaged and sold by banks to often unwitting investors.

One recent exception to the rule that obvious bubbles will cause stock market crashes was the October 19, 1987 crash where the Dow plunged 22.6 per cent causing $500 billion to vanish in one day. In that crash, the most important factor was program trading that was intended to act as a market hedge. Instead, the computer programs exacerbated existing market weaknesses by liquidating positions as certain loss targets were hit – pushing prices ever lower in one day.

What does all of this mean for you and your investment portfolio right now?

My take is that as of October 2015, the stock market is in the midst of a 10-15 per cent market correction rather than an outright crash or bear market. And while some valuations are looking stretched (biotech stocks, for instance) and there are some isolated bubbles (such as China), there are still no bubbles that can compare to those that caused the dotcom or 2008 meltdown. The fundamentals of the US economy continue to improve slowly despite the negative headlines.

Either way, the key to surviving a stock market correction or crash is simply to not panic and to make sure you have some extra cash on hand to take advantage of lower prices for high quality stocks that get dragged down by any panic.

Don Freeman, BSME, is president of Freeman Capital Management, a Registered Investment Adviser with the US Securities Exchange Commission (SEC), based in Phuket. He has over 15 years experience working with expats, specializing in portfolio management, US tax preparation, financial planning and UK pension transfers. Call for a free portfolio review at 089-970 5795 or email: freemancapital@gmail.com.

China base rakes in FIT market for Phuket