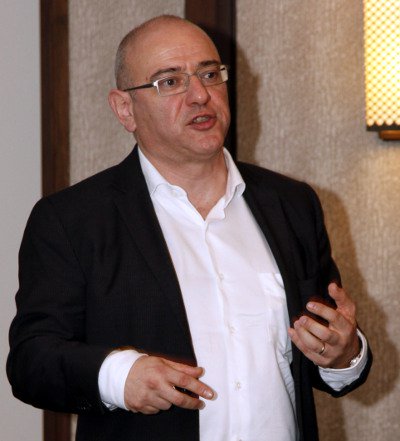 PHUKET: The Greater Phuket chapter of the American Chamber of Commerce (AMCHAM) last night held a meeting to discuss the history, evolution and future of “Brand Phuket”.

Hosted at the Anantara Resort in Mai Khao, discussions of the island’s brand were fueled by inspirational presentations by marketing communications expert David Johnson and brand guru David Keen.

Also in attendance were dozens of hospitality industry and public relations representatives, as well as marketing and media practitioners from Phuket, Bangkok and the greater Asian region.

Mr Johnson stressed the importance of creating, disseminating and monitoring clear and consistent messages in order to build and maintain the island’s brand.

Noting that the world now lives in an age of continuously evolving communications in which news – bad and good – travels at the speed of light, Mr Johnson outlined various effective media management approaches, including the creation of narration and “local stories”.

A key point of his speech addressed the need to have a media strategy that aimed to “influence” the market by fostering reciprocal dialogues that “start or change the conversation”.

He argued that the traditional strategy of employing “persuasion” – common to television, newspapers and magazines – is no longer enough because it is linear.

Declining to use the microphone, Mr Keen was heard loud and clear across the conference room in what was a thought-provoking and entertaining speech.

He questioned whether Brand Phuket should continue to be formed and dictated by market forces, i.e., demand, as had been the case over the past few decades, or if it was now time for a change.

Mr Keen was quick to suggest that it is indeed time for Phuket to develop a unified strategy that aims to develop and drive the brand and the market – not the other way around.

At the pinnacle of his speech was a very simple, yet surprisingly difficult-to-answer question: What is Phuket?

Though failing to offer an answer of his own, Mr Keen’s point was clear nonetheless: It is impossible to promote, sell or market that which you have not yet defined.