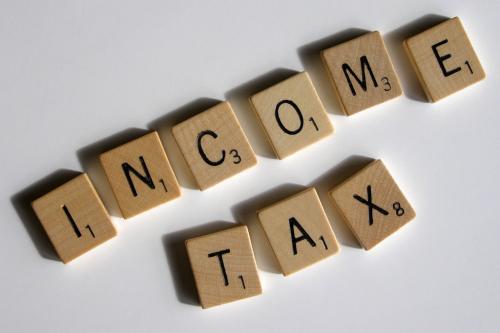 PHUKET: The number of US taxpayers renouncing their citizenship or permanent-resident status reached a new high in Q2 of 2013. The figure of 1,130 people who the IRS listed as renouncing their status is two-thirds higher than the previous recent high, set in Q1 of 2013 and six times higher than Q2 of 2012. It is also the largest number since 1997.

There is a definite trend and while renunciation of citizenship requires no explanation, experts suggest that it is down to tougher tax laws and the manner of their enforcement by the American tax authorities – the IRS.

The US is the only nation in the 34-member OECD* which taxes its citizens no matter where they reside. With the implementation of the Foreign Account Tax Compliance Act (FATCA) on 1st July, 2014, Swiss and German banks in particular are turning away clients who are US citizens. In turn, many of the estimated six million Americans living overseas are weighing up the cost of keeping their US passport.

FATCA requires foreign financial institutions to report information to the IRS about financial accounts held by US taxpayers or held by non-US entities, in which US taxpayers hold a substantial ownership interest. The US Congress’s Joint Committee on Taxation has estimated that this regime will bring in USD 8.7 billion over ten years.

For those citizens suspected not to be disclosing enough information, the law requires banks to withhold 30% from certain US-connected payments. FATCA’s implementation date has recently been put back a second time, to give foreign banks time to comply.

Since 2011, Americans, who disclose their non-U.S. bank accounts to the IRS, have had to file the more expansive 8938 form that asks for all foreign financial assets, including insurance contracts, loans and shareholdings in non-U.S. companies. Failure to comply can result in a fine of up to USD 50,000. Clients can also be penalized half the amount in an undeclared foreign bank account under the Banks Secrecy Act of 1970.

Compliance with the requirements also has its price. According to tax lawyers, costs for companies to ensure their American workers are filing the correct US tax returns and asset-declaration forms are at least USD 5,000 per employee.

The extra reporting required also means that personal US accounting costs for each citizen residing abroad are estimated by tax lawyers to be USD 2,000.

It is no surprise then that so many US nationals are handing their passports in to their local embassy. However, this does not come without its costs, either. Former citizens are still required to prove that they have properly paid tax over the five previous years. Furthermore, anyone whose average US tax liability over the last five years was around USD 150,000 (the equivalent of roughly $500,000 in taxable income in 2012 dollars), and/or has a net worth of at least USD2 million on the date of expatriation, is liable to pay an exit tax. However, it appears that this net worth figure does not adjust with inflation.

All this seems contradictory to the Congressional Act of July 27, 1868 which declares “the right of expatriation is a natural and inherent right of all people, indispensable to the enjoyment of the rights of life, liberty, and the pursuit of happiness.” Still, the US government is doggedly pursuing its windfall.

MBMG Group is a multi-award-winning professional advisory practice that provides sound and impartial advice to assist private, corporate and institutional clients in protecting and building their hard-earned wealth. For further information, visit www.mbmg-group.com.