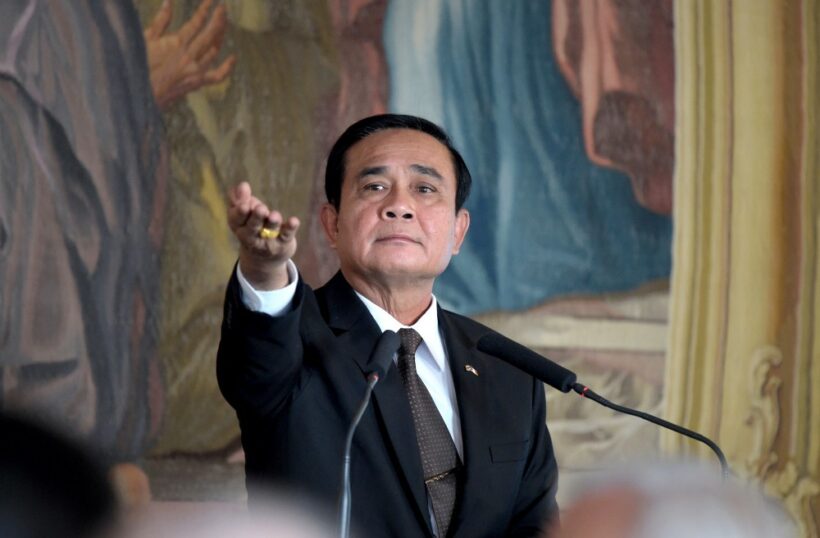 As an election firms up, somewhere between February 24 and May in 2019, the PM is under pressure to losses the strings – allowing political parties to carry out political activities, banned since the coup took place in May 2014.

He says that political activities that would be permitted include holding of general meetings of political parties to recruit new memberships; expressing opinions on election constituencies; holding primary elections to select poll candidates; forming selection panels to choose candidates and coordinating with party members.

Thai PBS reports that the deputy PM said he didn’t foresee any issue with the PM’s exercising his power using Article 44. He noted that the executive order issued by the NCPO, banning political activities, is equivalent to law.

“Therefore, a law should be issued under Article 44 to amend the order,”  he said

However, he admitted he had no idea when General Prayut would exercise his power under Article 44.

He said the Constitution is not specific as to how the primary elections will be conducted.  It merely states that opinions must be heard from party members.

How to get 300,000 Instagram followers – US ABC TV interviews Mu Pa team