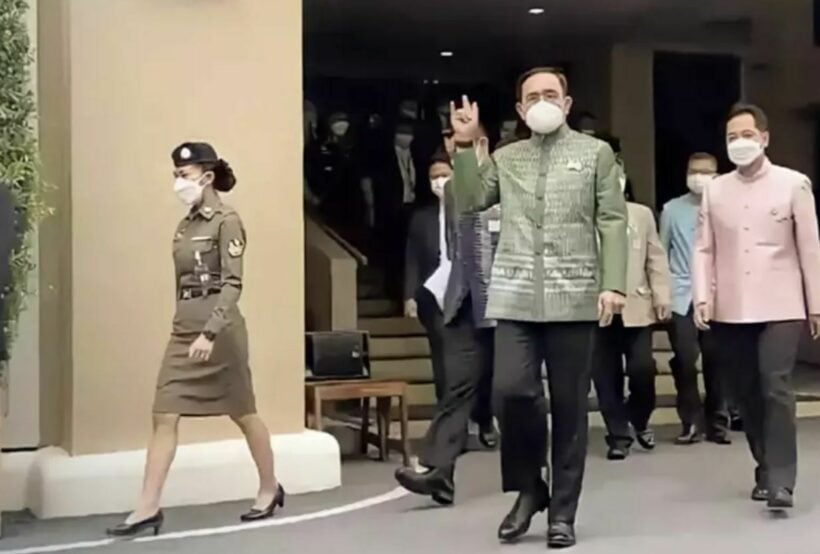 He’s only been elected for 3 days and the sniping has already started.

Thailand’s PM Prayut Chan-o-cha has told Thai media that he is ready to work with the incoming Bangkok governor Chadchart Sittipunt. But the PM says he’s curious how Chadchart will achieve the 200 policies he promoted during the election campaign. The PM said Chadchart would be “more powerful than the PM if he could accomplish all policies”.

The unofficial result of the Bangkok gubernatorial election was announced on Sunday night. The independent candidate, Chadchart Sittipunt, has unofficially won the ballot with nearly 1.4 million votes, a record vote tally for anyone running for the position of Bangkok governor in the past. The Office of The Election Commission says they will officially announce the election result within 30 days if everything checked out and no irregularities were detected.

Chadchart promoted 214 policies and campaigns to improve Bangkok, divided into 9 categories…. safety, health, environment, education, management, transport, infrastructure, economy and creativity. Chadchart spent 2 years working on his campaign, a lot of it whilst providing food bags for Bangkok’s needy during the Covid pandemic.

PM Prayut gave an interview to the press after he finished yesterday’s cabinet meeting. He insisted that he was ready to work with Chadchart and says it wasn’t a problem for him at all (despite their political differences). He also mentioned Chadchart’s policies questioning…

“Is it possible to bury the power lines underground within 100 days? The other policies too, how many of them will actually be achieved?”.

Prayut also smirked that Chadchart would be more powerful than the PM if he could accomplish all his policies!

All of the policies announced pre-election are available on www.chadchart.com.

Chadchart and his team revealed that each policy came from the real problems people face in Bangkok. People explained what they experienced to Chadchart’s election volunteers. The team also insisted that their policies were proposed based on available statistics and scientific information (regarding the flood problems). They developed the policies together with leading academics and specialists from different institutions, and they were ready to operate them.

Meanwhile, Prawit Wongsuwan, deputy PM and tactician for Palang Pracharat, says the party will “review its mistakes” after the party’s dismal performance of winning only 2 seats in Bangkok’s 50 districts in last Sunday’s city poll.

palooka
Think Pnut is getting a little anxious. This guy has spent 2 years planning and being proactive in the community. Pnut cannot get the one plan going that he has mouthed off about since the coup. CORRUPTION