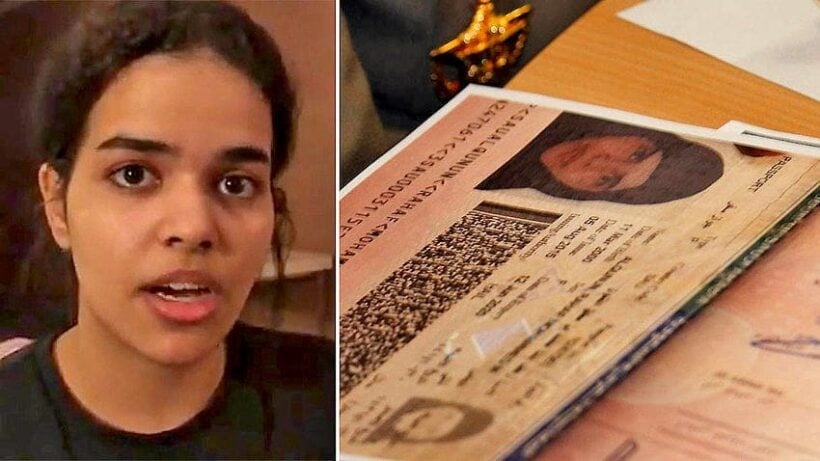 Thai authorities say a young Saudi woman, stopped in Thailand as she tried to flee to Australia to seek asylum, has now left the Suvarnabhumi Airport and is under the care of the local UN refugee agency.

“She is under the care of the UNHCR now but we also sent Thai security to help take care (of her),” the head of Thailand’s Immigration Police Surachate Hakparn told reporters.

“She will not be forcibly sent back to Saudi Arabia.”

VOA reports that the 18 year old fled from Kuwait during a family vacation and arrived at Suvarnabhumi Airport in Bangkok on Saturday night.

Yesterday she made several Twitter pleas demanding she be allowed to meet with someone from the UN. 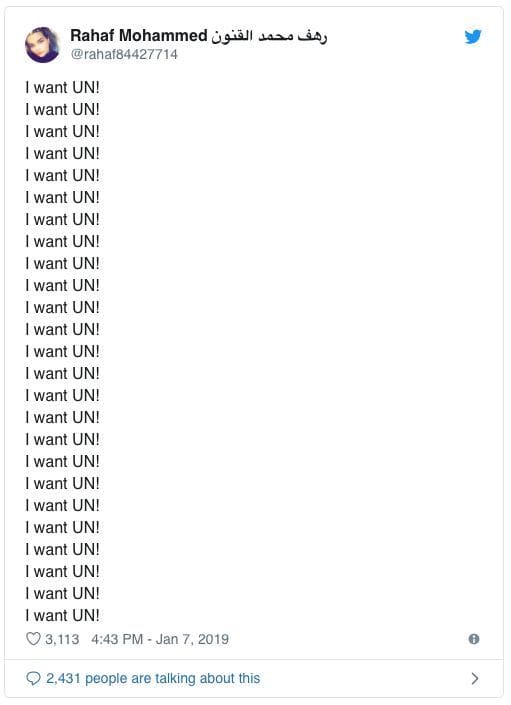 In an earlier video post, Alqunun can be seen pacing inside the hotel room and saying, “I just want to survive.”

“My family is strict and locked me in a room for six months just for cutting my hair. I am 100 percent certain they will kill me as soon as I get out of the Saudi jail,” she said.

Following the announcement that she will not be forcibly sent back home, Alqunun tweeted that she felt safe “under UNHCR protection with the agreement of Thailand authorities.”

The UN refugee agency says it will take about five to seven days for UN officials to evaluate her case.

Thai authorities had previously refused to let Alqunun into the country, saying she had no travel documents or money.

But Alqunun says Saudi and Kuwait officials took away her passport when she arrived – a claim backed up by Human Rights Watch.

“Thai authorities should immediately halt any deportation and either allow her to continue her travel to Australia or permit her to remain in Thailand to seek protection as a refugee,” Human Rights Watch deputy Middle East director Michael Page said.

“Saudi women fleeing their families can face severe violence from relatives, deprivation of liberty, and other serious harm if returned against their will,” he said.

Women have few civil rights in the ultra-conservative Saudi kingdom. They need permission from a male relative to obtain a passport and travel overseas.

Women who commit so-called crimes against morality can sometimes meet the death penalty.

UPDATE: Father and brother traveling to Thailand to speak to Saudi 18 year old