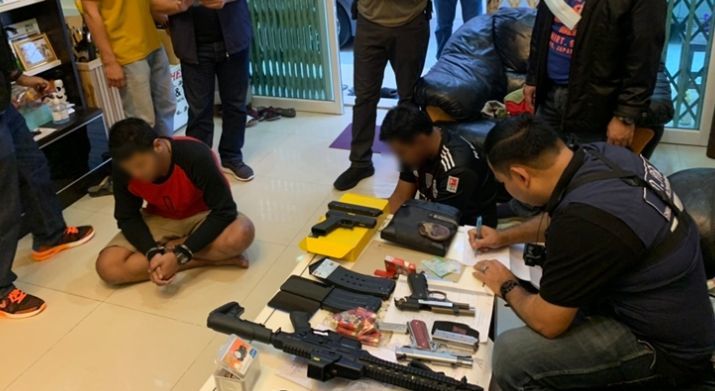 Police investigating a shooting outside a Bangkok massage parlour raided a suspect’s home and found guns, ammunition and drugs.

Sia Po claims he did not have a firearm. Police searched his home say there were no signs of “illegal activity.” Sia Po told police the dispute was between 2 rival groups and around 60 shots were fired.

Today, police searched the home of 32 year old Thanabodee Imjai, who allegedly shot at Sia Pio. Police say they found 4 guns and bullets. 21 year old Warat Wongpetkhiew was at the home and was arrested for allegedly possessing ketamine.

1 killed, another severely injured in motorcycle collision in Bangkok